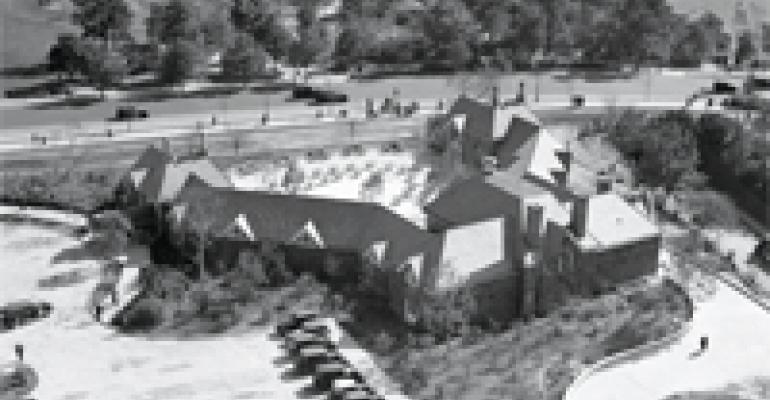 You'd better get going if you want to take over what might be the most lucrative restaurant in the country. Final bids are due on May 1, 2009 for the rights to operate Tavern on the Green, the iconic restaurant located inside Central Park in New York City. Whoever wins gets a 20-year lease on a 25,000-sq.-ft. facility that, for both business and aesthetic reasons, will never be matched. Think of it: 1,200 seats, 500,000 guests a year, and, best of all, a sizable parking lot right in the middle of some of the world's priciest real estate.

What are the standards the New York City Department of Parks & Recreation will use to award this tantalizing prize? “Parks will evaluate proposals based on the following criteria: fee offer (25%); capital improvements (20%); operating experience (20%); planned operations (20%); and financial capability (15%). Proposers are encouraged to submit comprehensive, thoughtful and imaginative proposals for the renovation and operation of a restaurant that will continue to attract and delight patrons well into the 21st century.”

About that fee. The current operator is Jennifer Oz LeRoy. She's the daughter of the late Warner LeRoy, the restaurateur who first gained control of Tavern on the Green in 1974 and made it into the internationally famous eatery it is today. Their deal was a good one for all parties at the time, but became increasingly profitable for the LeRoy family as their management skills brought the restaurant to prominence and beyond. Last year, Tavern on the Green grossed more than $36 million, but had to pay only $1.2 million back to the city. You do the math from there.

But the old lease is up and New York City Parks & Recreation is looking for a bigger piece of the action this time around. Their Request For Proposal notes that other food service concessionaires operating on park land pay a lot more. For example the Loeb Boathouse Restaurant located on the opposite side of Central Park returned $2.55 million to the city on $15.97 million in sales last year.

The winning bidder will also have to spend a lot of money up front to upgrade the building. The City wants to redo parts of the facility, making it “greener,” installing separate kitchens for the restaurant and banquet areas and giving most parts of the sprawling facility a thorough updating. “The City is concerned with the quality of the premises and not merely with the amount expended. In the event the successful proposer performs all capital improvements for less than the minimum required capital expenditures, any excess monies will be remitted to the City as additional license fees.”

There are plenty of other conditions and restrictions that will be placed on the licensee (one fine print requirement: having to serve branded products from suppliers with whom the City of New York has struck “marketing partnerships”) and if the winner wants to use the name “Tavern on the Green,” they'll have to buy the rights to it from Jennifer LeRoy.

But it's a small price to pay for what amounts to a certified gold mine. Among the expected bidders are New York restaurateurs like Danny Meyer and Drew Nieporent. Donald Trump may get involved. And as you can imagine, Jennifer LeRoy will launch a mighty battle to keep control. But given sufficient financial wherewithal, why not you? All it takes is a $50,000 cashier's check (refundable if you lose) and the time and effort you spend hammering out your proposal.

You can find out more about the requirements by accessing the Parks Department RFP at www.nyc.gov/parks/businessopportunities. It's a great read, even if you won't be putting in a bid.