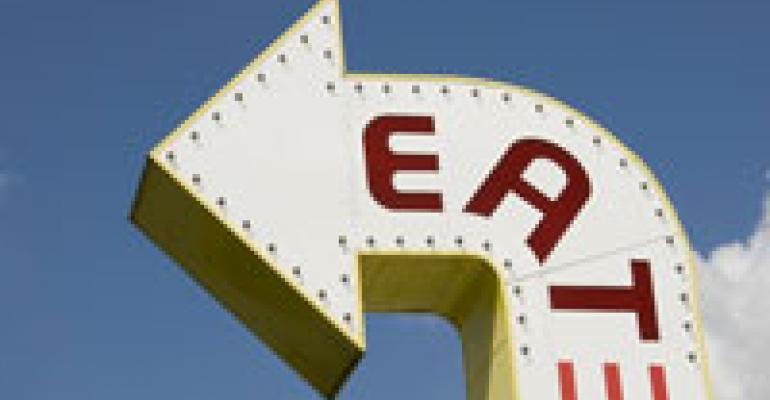 Restaurant chains may control the lion’s share of marketing dollars and purchasing power, but recent Mintel research suggests that indies retain a distinctive edge over the competition. According to the research firm, 43 percent of American consumers who have eaten away from home in the past month have sought out independent restaurants over chains.

“People take pride in their communities and will often reward local businesses that make their community a better place,” says Eric Giandelone, director of Mintel Foodservice. “The primary way indies underperform in relation to chains is through a lack of promotions and limited-time offers, two things that could be easily addressed with social shopping and social networking sites.”

Among patrons who had not visited an independent restaurant in the past month, 22 percent of respondents said it was too expensive. But the good news is that over half (56 percent) say they are willing to pay more at an indie. According to Mintel, the majority of diners are willing to pay up to 10 percent more for an independent dining experience for similar food and service found at a chain.

“Independent restaurants have the advantage of being able to provide a unique experience for customers and have the freedom of not having to comply with government-mandated laws that chains have to face,” Giandelone adds. “While chain restaurants are able to offer up a big helping of value and convenience, they need to focus on areas of opportunity where independents are rated better, such as unique menu items and local flair.”

Forty-two percent of restaurant-goers say independents are superior to chains when it comes to food quality and the ability to customize their orders. Conversely, 21 percent believe they do a worse job than chains in regards to convenience and 20 percent say they fall behind chains in the area of fast service.