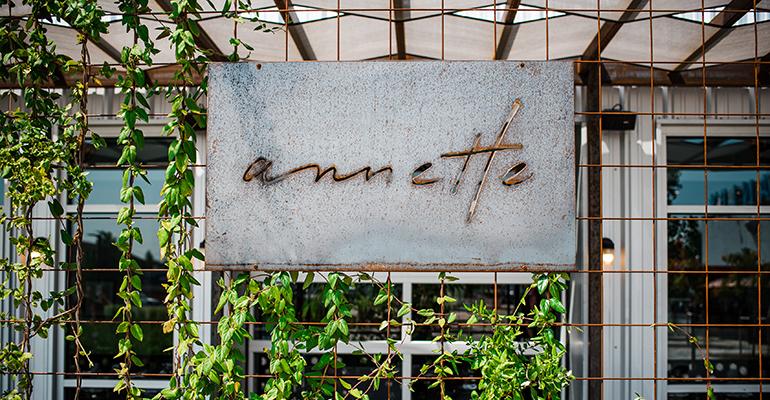 It ain’t easy being truly seasonal here, but this chef does it

Winemakers will tell you that to produce great grapes, you can’t make it too easy for the vines to flourish. Stress, slow growth, cool temperatures and other difficult conditions mean the plants put their energy into fewer, better grapes and thus more interesting wines.

In Colorado, with its short growing season and semi-arid climate, running a farm-to-table restaurant isn’t easy. And just like pinot noir vines struggling to ripen fruit while clinging to craggy soil, it’s the shortage of resources that helps chef Caroline Glover to thrive. 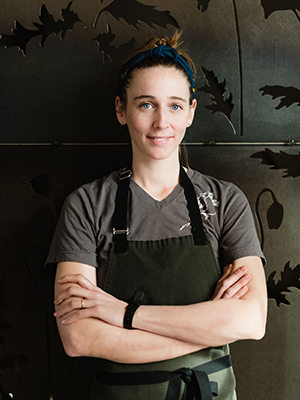 Even in the height of summer, when we spoke, Colorado isn’t the cornucopia you’d find in lower, wetter climates. The state’s Western Slope, on the other side of the Continental Divide from Denver, has some standout produce — most famously the peaches from Palisade and the corn from Olathe — but the seasons are short.

That can be a good thing, though, according to Glover.

Related: In the kitchen with Fabio Trabocchi

“It keeps you engaged all the time,” she said.

“We use a lot of root vegetables. We do a lot of potatoes, beets, turnips — things that grow well in Colorado. It’s been a challenge, but also fun to learn how to cook with other ingredients that I used to think — like, ‘Oh. It’s December. We’ll have to put a beet on.’ But a beet in August is completely different.” 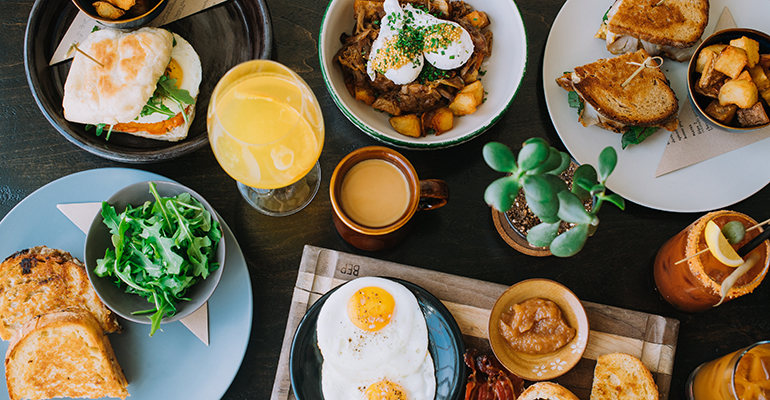 The chef and owner of Annette, on the windswept high plains of Aurora, Colo., just east of Denver, has won pretty much all the awards since she opened her restaurant in 2016. Annette was Eater Denver’s “Restaurant of the Year” in 2017, when it also was named one of the 50 best new restaurants in the country by Bon Appétit magazine. It’s been on 5280 magazine’s list of Denver’s 25 best restaurants every year since it opened. Glover and her restaurant have been nominated for three James Beard Foundation awards and earlier this year Food & Wine magazine named her one of the 10 “Best New Chefs” in America.

Raised in College Station, Texas, home of Texas A&M University, Glover is not an Aggie, but a graduate of The Culinary Institute of America in Hyde Park, N.Y. Following a two-year stint at the Spotted Pig in New York City, she went off to work on farms in Pennsylvania, Vermont, and finally in Colorado near the towns of Paonia — where she worked at what she calls “a locavore bed and breakfast” — and Carbondale, where she started her own supper club focused on local produce. 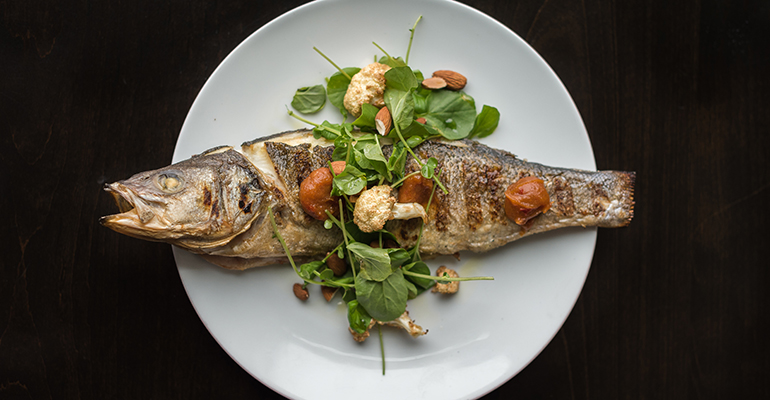 She eventually gravitated to Denver where she worked at Acorn restaurant before opening Annette and serving summertime beets.

“They’re so sweet, so tender, we’re serving them raw because they don’t have that dirty earthiness to them quite yet,” she said. “They’re picked smaller right now and I feel like for the first couple of years I didn’t fully wake up to that. But this year I’ve started using a lot more new vegetables that come into season right now, and they’re way better and a lot more fun to work with [then cellared root vegetables].”

In August she was shaving the beets to the thickness of a coin and serving them with locally cured ham from Elevation Charcuterie & Artisan Meats, along with blue cheese and pickled beet stems.

When corn finally became available after what Glover described as a “long, cold, wet summer,” she made it into a soupy succotash with beans and tomatoes in a tarragon lemon cream sauce.

She was roasting small, sweet turnips in the embers of her wood-fired grill and served them with smoked trout, pickled beets and bagna vert — a sauce with origins in Italy’s Piedmont region made of stale bread, anchovies, capers, parsley and sherry vinegar, all pureed until smooth. 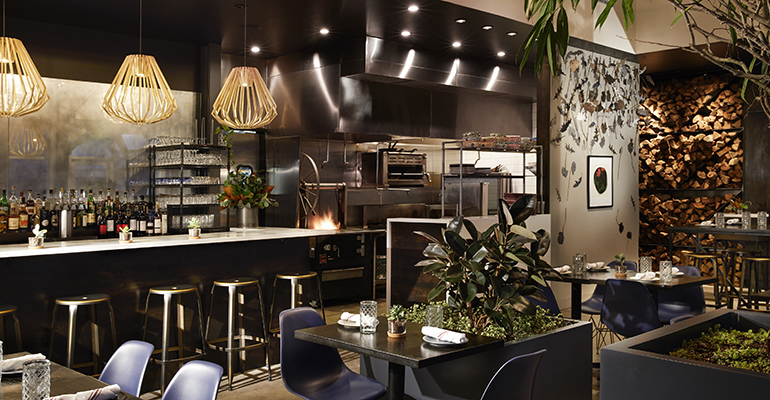 With the end of summer come autumnal dishes, such as Glover’s sunchoke-raclette gratin that’s now a staple at Annette in the fall. So is her favorite fall dish: Riced cauliflower with Anson Mills Sea Island red peas, served with pickled green beans from the summer and a little crème fraîche.

“It’s a really bright, kind of fun play on red beans and rice,” said Glover, who grew up eating that dish with pickles. “It’s light, but definitely sticks to your ribs for the fall time.”

Glover said her mom is a great cook who loves perfecting dishes her family has enjoyed in restaurants and adding them to her own repertoire, but Annette is named after Glover’s non-cooking great aunt.

“She was a Longhorn in a family of Aggies,” Glover said. “She didn’t have kids. She was just this bold, strong woman who spoke her mind. In a conservative family, it was refreshing. I really looked up to her for her beliefs and how she stood behind what she cared about.

“She brought us kolaches and tamales and always had a martini in her hand, so I definitely feel like I have a lot of memories with food, but she never cooked it.”

Besides, running a restaurant isn’t just about cooking, of course, and great aunt “Netsie” was Glover’s inspiration when she was trying to open the restaurant.

“You hit a lot of roadblocks. It’s hard,” she said. “Opening a restaurant is definitely the hardest thing I’ve ever done. You have a lot of gut checks and moments where you’re like, ‘What am I doing? Do I stand behind it?’ You get pushed a lot.

“I had a photo of [Netsie] that I looked at every day, and she just had this insane backbone,” Glover added. “She never backed down and I named the restaurant after her because I loved her so much and I wanted my restaurant to embody her. But in the middle of opening I realized I named the restaurant after her for a lot of different reasons, and that helped me a lot through the process. I think it played a lot more roles than I thought it was going to.”