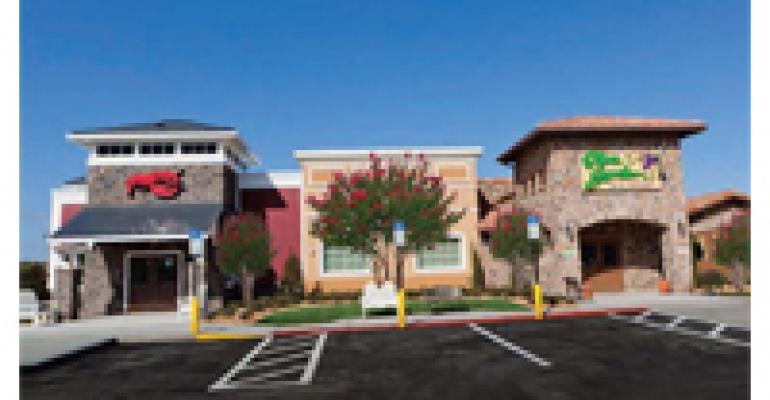 Side-by-side restaurants that have sprouted up in the QSR segment — dual-concept Dunkin' Donuts/Baskin-Robbins units are one example, Long John Silver's/A&W another — produce admirable cost savings for companies that can make them work. Now 1,800-unit Darden Restaurants says it's going to give this approach a try in full service.

The company plans to open the first of three test units this month in Palm Coast, FL. It will feature an Olive Garden on one end and a Red Lobster on the other, with a combined kitchen in between. Each restaurant will have a separate entrance, but one set of managers will run the entire operation.

Dubbed the “Synergy Restaurant” in a recent presentation to analysts, the shared unit is designed to keep the guest experience the same while delivering significant cost efficiencies at every stage of the restaurant's life.

Perhaps more importantly, Darden sees the two concepts/one building approach as a way to expand into smaller markets. The setup isn't locked into just an Olive Garden/Red Lobster model, either. One or more of the company's other brands — LongHorn Steakhouse, Bahama Breeze, Seasons 52 — would work just as well.

Darden plans to open two more dual concept units in its fiscal 2012, which begins in June. One will be located in Brunswick, GA, the other in Beaufort, SC. Company officials stated they would consider franchising units of this dual concept at airport and campus locations.

We say keep your eye on this idea. It could be a game-changer for casual dining.