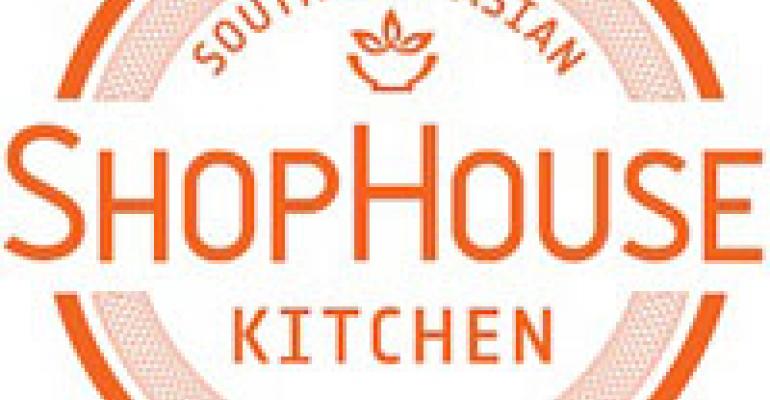 Chipotle boss Steve Ells didn’t reveal all the details about the burrito giant’s ShopHouse Southeast Asian Kitchen venture during a conference call last week. But he still told us plenty about how the much-anticipated concept is going to work.

It’s not often that a company reaches the holy grail of corporate America—inclusion on the list of companies that make up the S&P 500. And it’s even more rare that hardly anyone refers to it when this momentous event has just taken place, which it did for Chipotle on April 20. “That’s nice,” the Wall Street analysts on the call collectively seemed to say. “But tell us more about that new ShopHouse concept.”

So Ells did. Here are some pertinent excerpts from the call transcript posted by website SeekingAlpha.com. First came this information from the Chipotle founder’s opening statement:

“We're continuing to make progress on the development of our Asian concept also,” Ells began. “The Asian restaurant called ShopHouse Southeast Asian Kitchen is inspired by traditional shophouses found throughout Thailand, Malaysia and Vietnam. Traditionally, shophouses are two- or three-story buildings where families live upstairs and operate restaurants or fresh markets on the ground floor.

“The ShopHouse menu will draw on a bold and complex flavor of Southeast Asia and we'll use sustainably raised ingredients, grilled and braised meats, an abundance of fresh vegetables, herbs, spicy sauces and an array of garnishes. For anyone who has traveled to Southeast Asia, you've seen that food can be served fast and it's also flavorful, nutritious and affordable, which makes it something that we think will fit well into the Chipotle service format. ShopHouse will open this summer in Washington, D.C.

“While we believe ShopHouse gives us a great opportunity to see how our model will work with other types of food, I’ll remind you that our focus for the foreseeable future will remain on Chipotle.”

The analysts wanted to hear more about this concept (which, we point out, is probably three months from opening). Sharon Zackfia of William Blair & Company put it this way:

“I was curious as you're gearing up to open the first ShopHouse this summer, what are the parameters you're looking at to decide whether or not to open more units, and how quickly would you expect to make decisions and roll out the concept?”

“Sure. I mean I've been really, really disciplined to just think about opening one restaurant and making sure that it's really, really good. Not only that customers will love the food and love the experience, but also that it really follows the Chipotle model, especially the economic model.

“I mean the engine behind Chipotle that makes it special is the economic engine that allows us to pay for food with integrity-type ingredients and to invest in our top performers to become future leaders of the organization. And because of those two things, because the economic engine drives that, I think it gives us an advantage over other concepts, other fast food places and other restaurant concepts. That's going to be key in driving ShopHouse.”

And what about the food, analysts wondered?

“The menu is great,” Ells said. “I think people are going to love it. Yes, you're going to have…customers will have choice just like they had at Chipotle, they'll pick and choose from a variety of offerings. ShopHouse probably has more vegetable offerings than Chipotle, and I think it's going to be able to provide the same kind of throughput, maybe if not a little bit faster than Chipotle. So I think we have the makings for success.”

How about the rollout plan?

“There's so much attention on one hand, unfortunately, on ShopHouse already that it's going to sort of cloud the reality of the situation. And then I think we're going to have lines out the door for the first few weeks. So I think we'll probably let things settle down and then watch to see how the repeat customers are using ShopHouse. But I don't think we have any preconceived notion of how long it will take to determine cost, if and when we'll open up another one.”

So Chipotle’s anticipating lines out the door during the first few weeks? It sounds to us like the company will find a way to replicate ShopHouse in a hurry.

The analysts also wondered if people from Chipotle would be running ShopHouse, or whether it would be employees new to the company.

“One restaurateur will open and run the ShopHouse, just like one restaurateur opened up the London restaurant and one restaurateur is going to open up the Paris restaurant,” Ells told the analysts. “They are all responsible for going out and hiring a crew with the same eye that our top restaurateurs do at Chipotle right now, with an eye for hiring the future leaders of their own organizations or their patches, if you will. So it's really not a drain or a distraction to Chipotle,” he explained.

Reading between the lines, if sounds to us like if you were wondering how Chipotle is going to keep growing at its current prodigious rate, put your money on ShopHouse.