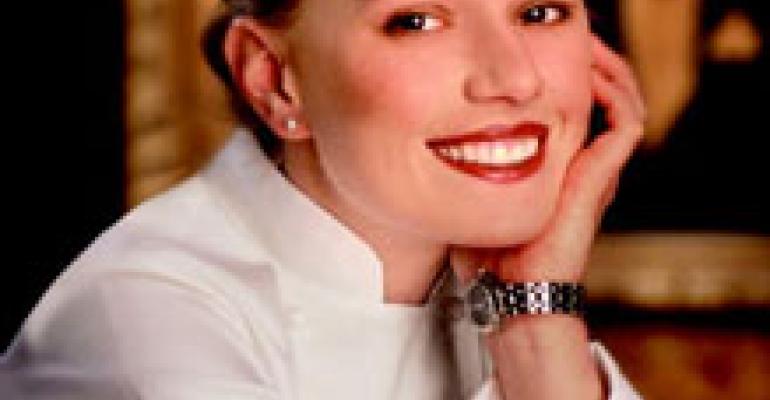 We don't know if Melissa Perello is a fan of Dr. Frank N. Furter, but she's built a career by following The Rocky Horror Picture Show character's advice: Don't dream it, be it! Jersey girl Perello boned out a leg of lamb at age 12, earned a spot as executive chef of a top Bay Area restaurant at 24, captured a James Beard Rising Star nomination at 26, and has been nominated as 2004's James Beard Chef of the Year. While dining at Aqua, Perello's dream came alive when she mentioned to a waiter that she was a CIA student. Talk about service: Chef de cuisine Mark LoRusso obliged with a kitchen tour that led to an externship and a post-graduation job offer as a line chef. She honed her skills alongside LoRusso and Michael Mina, and when a temporary line slot opened at French-influenced Charles Nob Hill, she volunteered — and stayed to become its sous chef under Ron Siegel, then its executive chef. Perello's knack for delicate flavors and presentation earned Charles 31/2 stars from the San Francisco Chronicle, a top spot among Bay Area restaurants in Zagat, Five Diamonds from AAA, and recognition from her peers. To Bay Area diners, she's a dream come true.—