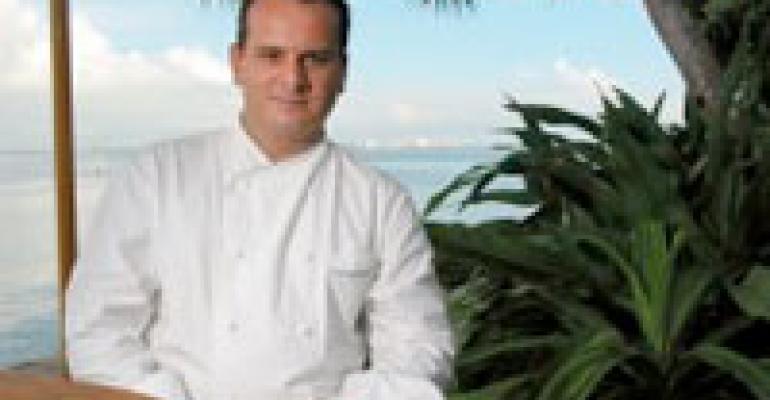 New Seafood Concept From The Masters

Pay attention to Bombora in Ocean City, MD. It’s owned by Phillips Seafood, whose multiple businesses (a leading seafood supplier, the company also operates 17 traditional seafood restaurants) give it a kaleidoscopic view of what works in the foodservice market. Phillips chose to go with contemporary world cuisine infused with Latin and Asian flavors for its new place.

This company already knew plenty about running successful restaurants in tourist-heavy Ocean City. It’s been operating three of them there for years, including a Phillips Crab House and Phillips Seafood House.

So the company could have played it safe when it came time to freshen up the third Ocean City concept, the old Phillips By The Sea outlet located inside the Beach Plaza Hotel. After all, the company’s brand presence is powerful in this market, with the name “Phillips” and “seafood” already being top of mind for many potential diners. That’s a lot to give up.

As a restaurant operator, Phillips has a portfolio that ranges from fine dining to casual to fast-casual operations, all of them featuring seafood, particularly the company’s signature crab products. It could have simply plugged in one of these proven formats to replace Phillips By The Sea. Instead, it chose to break the mold. Other restaurateurs should take note of how they chose to break it, because Phillips may have wound up creating a strong secondary brand in the process.

Company c.e.o. Steve Phillips said the idea was that Bombora would have a standalone identity. “We wanted to try something different with flavors and different foods,” he told Baltimore Magazine prior to the opening. “We do a lot of business with Asia, Southeast Asia and Ecuador, and thought it was a fun concept to bring those flavors to Ocean City.”

Chef Arturo Paz handled Bombora’s menu development. He’s an old hand at the concept creation game, having gotten hotspots like Republic in Hollywood, CA, and Karu-Y in Miami off the ground. More recently, he spent three years at the Phillips restaurant located at Caesars Palace in Atlantic City and then took over the kitchen at the Phillips flagship at Harborplace in Baltimore. He had the perfect background to put a new spin on seafood at Bombora.

It’s a menu that pushes the envelope without leaving those with more traditional tastes behind. Throw in the fact that the site provides a panoramic oceanfront view and offers free parking and we think Phillips has a hit on its hands. Don’t bet against seeing more Bomboras in the future.