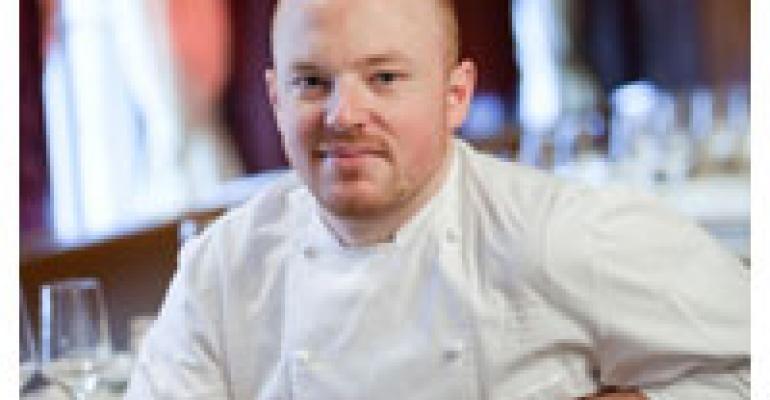 More often than not, rising stars emerge from restaurants that have a history of greatness. Such is the case of Justin Bogle, who has been taking bows as executive chef of Gilt in New York City for the last couple years.

Chatter about Gilt began several years back under avant-garde chef Paul Liebrandt — who is now the chef/owner of highly acclaimed Corton in Manhattan — and continued under award-winning chef Christopher Lee, currently executive chef of Aureole, also in NYC. Bogle found his direction under Lee in Philadelphia, where the two first worked together at the legendary Striped Bass, before heading to Gilt, which garnered two stars in the 2008 Michelin Guide.

But now the student is the master, reflected by two-star ratings for Gilt in the 2009 and 2010 Michelin Guide under Bogle's reign. This is no small feat. At age 29, he is the youngest chef to achieve a two-star Michelin rating two years in a row (two stars indicate “excellent cuisine, worth a detour”). Only six New York City restaurants were awarded two stars this year (including Liebrandt's Corton).

At a relatively young age, Bogle is performing brillianty at the culinary intersection of uptown sophistication and downtown style. It's no wonder so many people find Gilt worth the detour.