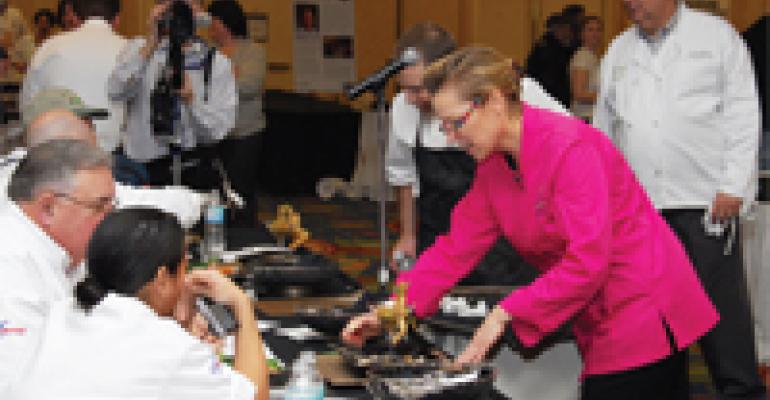 In France, the term appellation d'origine contrôlée, which is often seen on bottles of wine, translates to “appellation of controlled origin,” and today the term is sometimes applied to agricultural and dairy products, as well as to wine.

Well, something similar is going on in West Virginia. At the recent 2009 Cast Iron Cook-Off, sponsored by The Collaborative for the 21st Century Appalachia, 14 competing teams of chefs prepared recipes using products and cookware indigenous to the region. Each team included a chef, nonprofessional members who each paid $300 to assist their chef (with proceeds going to The Collaborative) and an invited media member. The Collaborative promotes culinary and cultural tourism, including indigenous ingredients and traditional cookware.

To see a video of this event on Channel RH - Appalachian Regional Cuisine.