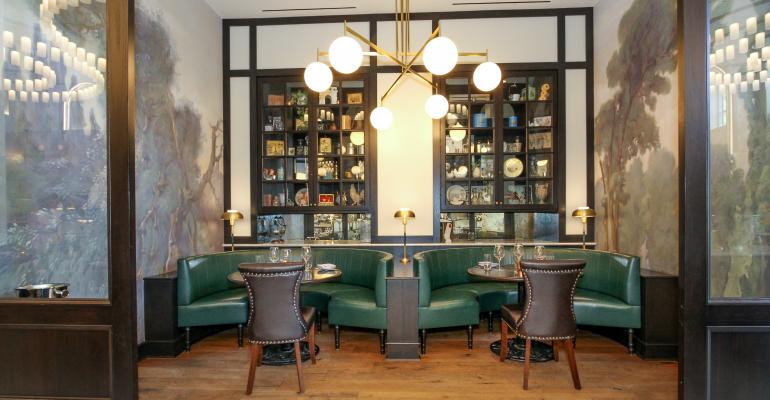 The group hopes to open restaurants in cities like Denver and Scottsdale, Ariz. using a ‘microgroup’ model

For the five-unit restaurant operator 5th Street Group, business has recovered to pre-pandemic levels, and CEO Patrick Whalen is looking to grow.

The group got its start in Charlotte, N.C. with the launch of 5Church in 2012, a casual-dining concept serving New American cuisine and described as the city’s “sexiest restaurant.” They then decided to bring 5Church locations to Charleston, S.C., and later Atlanta (though the group is no longer affiliated with the Atlanta locations and 5th Street is in litigation with a former partner over those units).

“We went where the opportunities were the best for us,” said Whalen. “A lot of is it is about when you’re looking. When you get into a market early, you stand to benefit. After Atlanta, we looked at Nashville because we liked the energy there.”

This year in Nashville, 5th Street opened Church & Union, which Whalen describes as a cousin of the 5Church brand, offering new American cuisine in a “stunning” design. Coming soon to Nashville is a small plates lounge called Ophelia’s.

And the group is continuing to look for more opportunities in the cities where it operates.

Tempest, an upscale seafood concept with about 100 seats, opened last year next door to 5Church in Charleston. The company acquired La Belle Helene in Charlotte earlier this year and completely reworked that French brasserie.

And the company is looking to bring the Church & Union brand to more cities, including potentially Denver, Atlanta and Scottsdale, Ariz.

The idea is to create a “microgroup” within each city where they operate with infrastructure to support multiple concepts and managers in each restaurant with equity, Whalen said.

Whalen says his restaurants are fully staffed and the environment is more positive than ever, thanks in part to an innovative program in which 5th Street restaurants invite guests to Tip the Kitchen, in addition to servers, which helps equalize pay between front and back of house.

“We’re open for all of our shifts and outperforming our pre-COVID numbers. We’re crushing it,” said Whalen. “It’s the best thing I’ve ever done in my life, besides my family. It helped our business dramatically and it has changed a lot of people’s lives.”