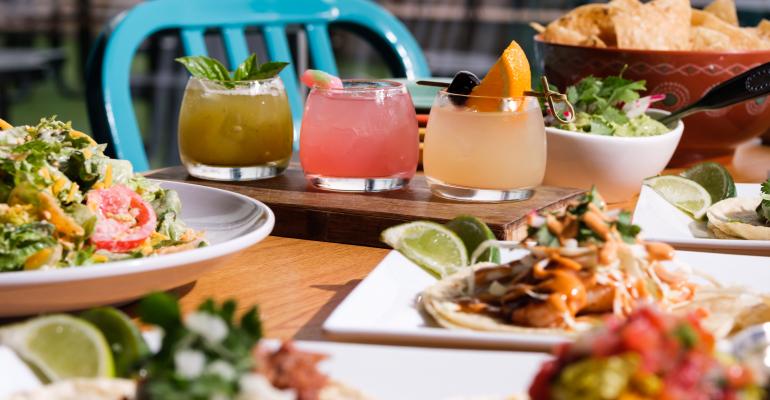 Rachel Cope started 84 Hospitality with a pizza shop in a converted laundromat in Oklahoma City’s Plaza District, and she has since grown it to nine restaurants, with a 10th on the way.

“I entered a citywide contest for an old laundromat space,” she said. “My first idea was not pizza, but my second idea after I lost the first time and they came back to me was pizza.”

But Cope didn’t know how to make pizza, so she flew to San Francisco, enrolled in the Tony Gemignani International School of Pizza and in a couple of weeks got certified in New York-style pies.

“I came back with a dough recipe and an idea, and it just kind of grew from there,” she said.

She hadn’t planned on opening restaurants at all. A lifelong athlete, she was studying political science and pre-law in college and waited tables during the summer.

“After I graduated I was going to go to law school, but I just kind of burned out,” she told NRN. “I had been living such a regimented life my whole life with sports … so I just decided to take a break and keep waiting tables, and I ended up working at a local restaurant group here in Oklahoma City who showed me that we could make decisions on behalf of the guests, and there wasn’t really a rulebook. The music could be great and there could be art and all these things that I really love, and so I kind of grew through that company and did all the different roles — every position you could think of.”

She opened Empire Slice House in the converted laundromat in 2013, followed by ¡Revolución!, a Mexican restaurant, in 2016.

“That was born out of a landlord showing me a pretty cool building and kind of telling me what they wanted, and we felt like that would work in that area,” she said. “I'm really proud of what that restaurant has become, but the way that we started it was not what I would recommend. I don't recommend building a concept to fit a space. I recommend having a concept that you're passionate about and finding a space to fit it.”

“I have a good friend who had ramen experience, and we did a pop-up dinner for a little while based around ramen,” she said. Cope, whose experience is mostly in the front-of-the-house, handled the cocktails and her partner handled the food, and it eventually became a brick-and-mortar restaurant named after Gorō, the hero of the Japanese ramen film Tampopo.

A sister restaurant, Gun Izakaya, named after Gorō’s sidekick, was also opened, but it didn’t survive the pandemic.

“So that was hard. But I learned a lot through the closure of that and what all comes with that when you do it,” she said.

And of course she learned a lot of other things during the pandemic, too. She added a virtual concept, Burrito Baby, to the kitchen of ¡Revolución!, which continues to offer takeout as well as delivery via DoorDash.

“I always call it like the punk rock version of Shake Shack, because I love those little Shake Shack burgers and that's really similar to what our original burger looks like at Burger Punk,” she said. “But then that grew into a brick-and-mortar and it opened about four weeks before COVID, so that was a tough one to figure out during the pandemic. But it's doing well now and made it through that.”

So did the Empire Slice House that she opened in Tulsa, Okla., just a few days before the national lockdown.

“We closed it from March until November, and that was really tough. But we made it,” she said.

Cope’s company, 84 Hospitality, named for the year she was born, also has Neon Coffee Bar near the corporate offices, in part because the neighborhood needed it and in part because Cope loves good coffee, she said. The company also has takeout restaurant Empire Slice Shop, which was opened to handle the excess off-premises orders from full-service Empire Slice House.

She sees the pizza concept as the potential growth vehicle for the company as she envisions moving to other cities, with the Slice House being the “mother ship” and Slice Shops being satellites.

Cope recently announced plans for a third Empire Slice House, which she’ll open in the OKC suburb of Edmond.

“I'm looking forward to building that one because I'm hoping that we finally nailed the layout,” she said.

With a streamlined staff — down to 125 total from 340 before the pandemic — Cope said the group is primed to chart its course in the post-pandemic world.