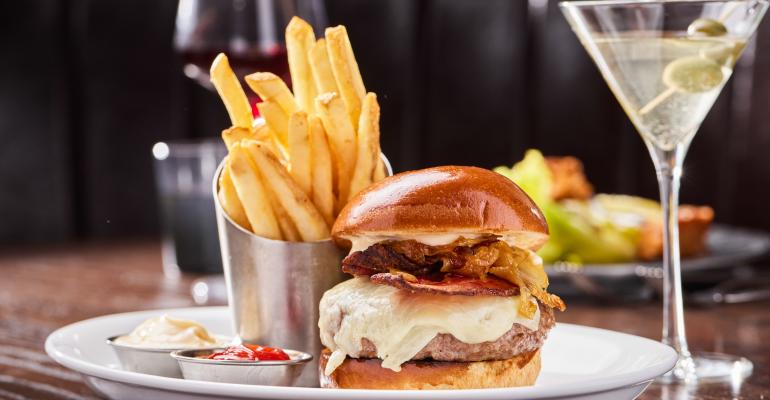 Hi Neighbor faced a difficult decision during the pandemic: How could it care for its furloughed workers while also sustaining business?

Its solution was to launch the Hi Neighbor Incubator Series, which allowed furloughed chefs and bartenders to start their own virtual brands in San Francisco.

The idea sprung from Hi Neighbor’s own furloughed chefs in the early days of the pandemic, when dining was closed in California. Hi Neighbor partner Ryan Cole (the group is also led by partners Tai Ricci and Jason Halverson) decided to help his furloughed workers by creating a program using the kitchen space at Hi Neighbor concepts Trestle, Corridor and The Vault Garden.

During this program, chefs were provided the space free of charge and fronted initial ingredients, then split all profits among themselves. The chefs were tasked with creating a menu and logo for their concepts.

Throughout the course of closed indoor dining, the group also introduced rotating meal kits from each of the concepts.

The Incubator Series has since closed, while the restaurants have reopened. And Hi Neighbor hasn’t been quiet.

In May, it acquired MAMA, an Oakland restaurant that had been closed for the entirety of the pandemic. Cole had been helping Stevie Stacionis and Josiah Baldivino, owners of the Italian red sauce restaurant, with the books for two years. He’d met them years ago when they were all working for Michael Mina, and he didn’t make many changes to MAMA, which became the group’s first restaurant in the East Bay. Halverson revamped the menu and streamlined kitchen operations, but nothing more.

The group also opened a second location of The Vault called The Vault Steakhouse (separate from The Vault Garden). That concept opened October 1 in San Francisco’s Financial District. The name is a nod to the space’s original occupant, which was a bank. The restaurant will feature a modern take on a classic steakhouse, with traditional steaks and seafood alongside cart service. The fun part? Guests get to pick out their own steak knives for dinner.

The menu was developed by Hi Neighbor director of culinary development Joe Humphrey and Jason Halverson, while the kitchen is led by The Vault Garden chef Ryan Cerizo.