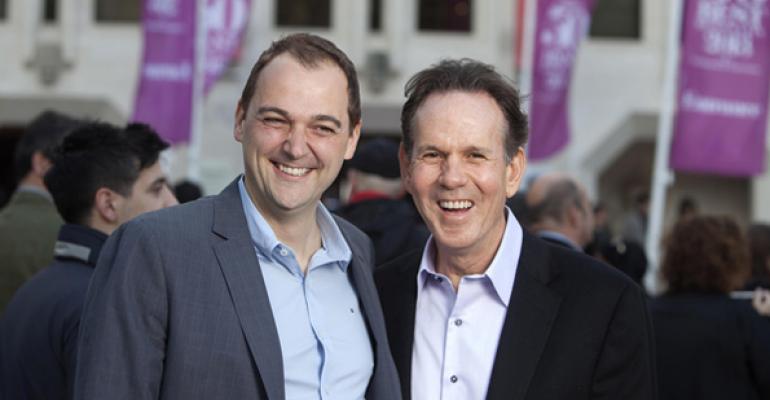 Spanish restaurant El Celler de Can Roca now ranks as the world’s finest restaurant, replacing Copenhagen, Denmark standout Noma atop the S. Pellegrino The World’s 50 Best Restaurants list. The United States tied France for the country having the most restaurants on the list—six apiece—and Grant Achatz, of Chicago standouts Alinea and Next, took home the Chef’s Choice award, an honor bestowed by the other chefs whose restaurants made the Top 50 list this year.

The World’s 50 Best Restaurants list is sponsored by S. Pellegrino and compiled by British magazine The Restaurant. It represents the view of 900 “international leaders in the restaurant industry,” a group that consists of food critics, chefs, restaurateurs and “highly regarded gastronomes.”

Chef Rene Redzepi’s Noma has held the top spot for the past three years. Its success brought prominence to what came to be known as new Nordic cuisine. Consider it a signal that Noma’s style of cooking seems a bit dark and austere next to the splashy and colorful food served at now top-ranked El Celler de Can Roca. The three Roca brothers who run the restaurant (chef Joan, pastry chef Jordi, maitre ’d Josep) in Girona describe their food this way: “El Celler is a free-style restaurant, committed to the avant-garde, but still faithful to the memory of different generations of the family's ancestors dedicated to feeding people.”

A half-dozen U.S. restaurants were included in The World’s 50 Best Restaurants listing this year.

• No. 15 Alinea, Chicago, which fell eight places from the prior year’s rankings

• No. 19 Le Bernardin, New York City, whose ranking was unchanged

Every restaurant operator would kill to land on this prestigious list. But if your place doesn’t quite make it, landing a spot in the 51-100 rankings makes for a tremendous consolation prize. For all the focus on the Top 50, being chosen one of the Top 100 restaurants in the world seems just about as good to us.

Here are the U.S. restaurants awarded that ranking on the 2013 S. Pellegrino list:

Achatz took home the Chefs’ Choice award, but David Chang may have been the biggest U.S. winner on the night. True, he had no restaurant in the Top 50. But he placed a pair in the Top 100, and his Momofuku Seibo in Sydney, Australia, came in at No. 89. One chef, three different restaurants ranked in the Top 100 in the world simultaneously…let’s face it, there’s no one else like Chang right now. If you’re wondering where the restaurant world may be headed next, keep your eye on him.

Could The Bazaar by José Andrés be America's best restaurant?
Mar 30, 2012