Among those on stage cooking was culinary god Jacques Pépin.

Another culinary titan strutting his stuff was Masaharu Morimoto.

Cooking at a Top Chef event was the 2015 winner of Top Chef, Mei Lin (center).

Food & Wine Best New Chef Katie Button was on hand to show off her prowess with Spanish food.

Pastry guru Christina Tosi makes it all look so simple.

Stephanie Izard, the chef/owner of Chicago’s Girl and the Goat, offers a taste.

Boston chefs Jamie Bissonnette (left) and Ken Oringer throw one back before their cooking demo.

The event featured numerous tastings throughout the weekend, including a bit of this Iberico ham.

Singer Pink (Alecia Moore) was on hand for the event.

Everywhere you went, there was a new taste to try. 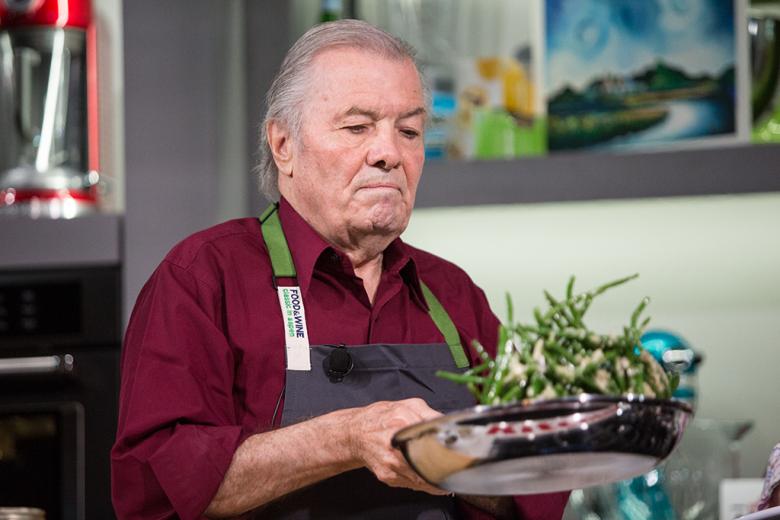 Next Up
Power List: Founders who are changing the restaurant industry
Start Slideshow ›