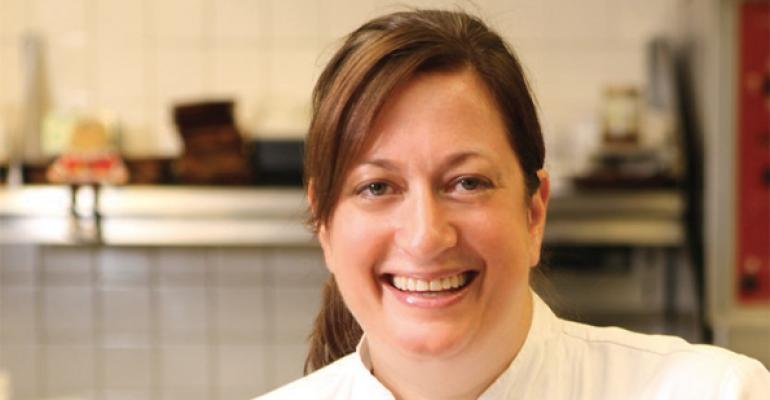 Missy Robbins is the executive chef of A Voce Madison and A Voce Columbus, both in New York City. Under her direction, A Voce Madison earned a prestigious Michelin star in 2009 while A Voce Columbus did the same in 2010. Restaurant Hospitality named her a Rising Star in 2006 while she was executive chef of Spiaggia in Chicago. In 2010, Food & Wine magazine named her one of the Best New Chefs of 2010.

1. One thing you don’t know about me is that I have a very sensitive side.

2. If I could trade places with one chef it would be Alice Waters when she opened Chez Panisse. She was doing something completely new and different by welcoming people into her restaurant like it was her home.

3. One of my most memorable meals was at Trussardi in Milan, Italy.

4. If there was no cheese, I’d have no reason to live.

5. My go-to drink is always bubbles!

6. If I were on death row my last meal would be from Sally’s Pizza in New Haven, CT.

7. My worst culinary creation was scallops with pineapple and black beans, circa 1995.

8. If I could change one thing about me it would be . . . I can be a bit reactionary and impatient.

10. If I wasn’t a restaurant operator, I’d love to be a furniture designer.

These Black-owned restaurants were saved by the social justice movement
Sep 14, 2020