In its continued effort to become a one-stop resource for diners, San Francisco-based Yelp has expanded its consumer-review site to include ordering from 80,000 restaurants found on Grubhub.

Yelp’s partnership with the Chicago-based company allows diners to make mobile and online orders from restaurants in 1,600 U.S. cities including chains like P.F. Chang’s, Yard House, Buffalo Wild Wings and Red Robin Gourmet Burgers.  The offering is now available through Yelp’s mobile app. It will be available on desktop and mobile web orders in the coming weeks, Yelp said. 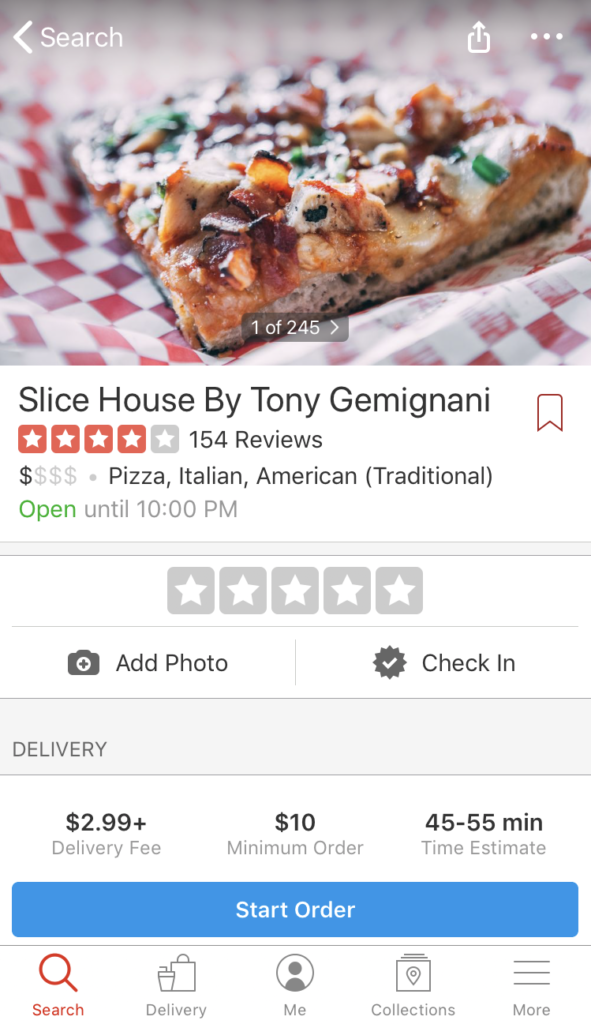 “For the first time, Yelp users can order from Grubhub’s huge network of local favorites, some that don’t provide their own delivery services, including many of the most popular restaurants in each market,” Grubhub CEO and founder Matt Maloney said in a statement.

The Yelp/Grubhub partnership comes as food delivery and curbside pickup is growing in every sector of the restaurant industry.

Restaurants reported 1.8 billion delivery orders in 2017, up 1 million from the previous year.  While QSR pizza brands account for a large chunk of delivery orders, The NPD Group said casual-dining operators are seeing a spike in off-premise orders.

Delivery in the casual-dining sector is up 23 percent with 93 million orders in 2017. That’s up from 76 million transactions in 2013, NPD said in a recent food on-demand report.

Besides delivery, Yelp is expanding its digital services through Yelp Nowait. The digital waitlist, available at 4,000 restaurants including Chili’s and Dave & Buster’s, lets diners to check on table times and put their name on a waitlist prior to entering the restaurant.