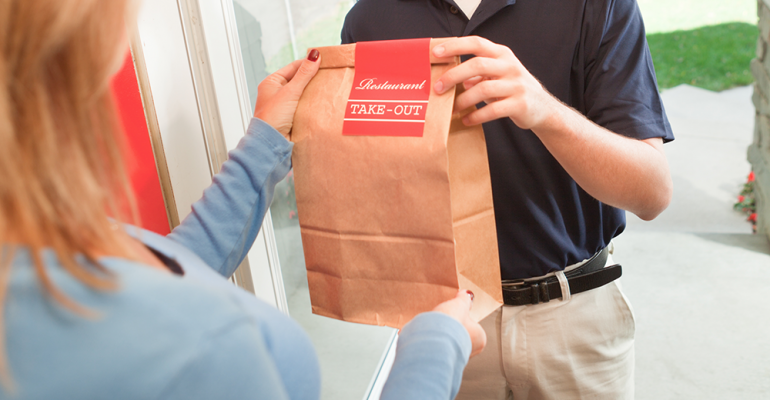 Want to complain about delivery charges? NYC is listening

For better or worse, using third-party apps for food delivery is a reality for most restaurant operators. And grumbling about the cuts those services take is just as commonplace.

New York City wants to give those complaints a platform later this month during a planned hearing on digital food delivery apps and their impact on local restaurants.

“Restaurants and eateries are a critical part of our private sector,” said Reginald Johnson, the chief of staff for New York City councilman Mark Gjonaj, who chairs the small business committee. “We feel it's the committees' responsibility to understand what they're going through.”

The oversight hearing titled "The Changing Market for Food Delivery" will bring all stakeholders together, Johnson said. Restaurant operators are welcome, as well as delivery startups like Grubhub, DoorDash and Uber Eats.

"We will invite them all," said Johnson. “If we feel there is a need to have some sort of legislative or policy solution, we will advance that after we have a chance to talk to all stakeholders.”

A Grubhub/Seamlesss representative will be there, the company confirmed. "We're looking forward to engaging with local policymakers and stakeholders on how we can help restaurants grow their business," a Grubhub spokesperson wrote in an email.

Earlier this month, Grubhub and sister-brand Seamless were the target of a class-action lawsuit filed by restaurant operators who claimed the delivery service charged restaurants for calls made through the app even when they didn’t result in orders.

The lawsuit was filed in Pennsylvania by Tiffin Indian Cuisine, a chain in Philadelphia and New Jersey. Restaurants in New York City have made similar complaints.

Johnson said the hearing is "not necessarily directly related to the current lawsuit," but it has put more pressure on the committee on small business.

"Most restaurants are losing money on every online order they get via online food delivery platforms or are left with small profits that are barely worth the extra effort because, in addition to hidden fees, the transaction fee is often higher than the profit margin," he wrote.

Grubhub sees its partnership with restaurants quite differently.

"Every day, we send more than 500,000 orders to restaurants nationwide, placed by our more than 19 million diners. Almost all of these orders are made online or through one of our apps. Orders placed through the phone numbers we provide restaurants make up a tiny fraction of our orders," the Grubhub spokesperson wrote.

"Our deep partnerships with restaurants are the foundation of our marketplace, and we can't thrive unless our restaurant partners do. We've driven billions of dollars in food sales to local NYC restaurants and provided over a billion dollars in tips to drivers as well,” the statement continued. “Earlier this year, we were joined by representatives from the city to mark two decades of helping NYC's restaurants capitalize on the potential from online ordering and making a positive impact on the local economy."