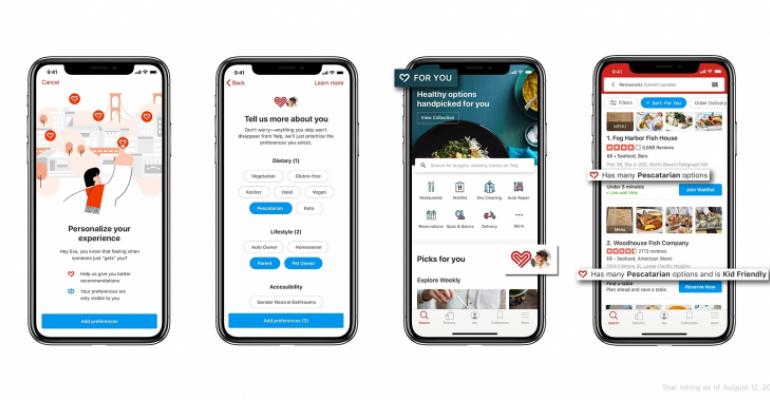 The developers of Holly Springs Towne Center in Holly Springs, N.C., about 20 miles from Raleigh, are partnering with various companies to launch unmanned drones for food delivery in a suburban neighborhood near the mall.

The food drops will be conducted by Flytrex, a Tel Aviv-based logistics company specializing in delivery of consumer goods and food by drone. Last year, it was among several private-sector firms selected by the Federal Aviation Administration to work with 10 local, state and tribal governments on a pilot drone program.

Flytrex, in cooperation with the FAA and other partners, is tasked with testing best drone practices to ensure safe operations and public acceptance.

The drone will load items at a designated distribution center at the Holly Springs shopping center, and then deliver the meals at a drop area at Ting Park, a nearby outdoor sports and recreation hub. The drone, which will travel across a single predetermined route, will fly primarily over unpopulated areas, Flytrex said.

“We are thrilled to have been chosen to work so closely with the FAA to help this pilot take off,” Yariv Bash, Flytrex CEO and co-founder, said in a statement. “This is just the beginning as we expand the possibilities of sky-bound delivery.”

Flytrex did not provide a date for the first food delivery drop. The company is also using drones to deliver hot dogs and sodas to golfers at a North Dakota golf course.

Yelp is updating its app to better match consumers with the restaurants they're more likely to care about based individual preferences such as dietary lifestyle, the company announced Aug. 27.

For the first time in its 15-year history, Yelp said when two users with different lifestyles open the Yelp app from the same location they will see different suggestions. For example, a pescatarian might see a set of restaurants that are completely different than those suggested for someone looking for kosher restaurants.

Users must opt-in by filling out information about their dietary requirements, accessibility preferences, lifestyle attributes and favorite types of cuisine. For example, under the Accessibility filter, “gender neutral bathrooms” is an option.

A consumer can get uber-specific by indicating he or she is a homeowner with kids who prefers Mexican food and pizza.

Yelp crunches the data and returns tailored restaurant suggestions based on these attributes, as well as information on a business’s Yelp page and user-generated Yelp reviews and photos.

A Yelp spokeswoman said the new update helps restaurants because Yelp will now match them with “more high intent consumers.”

“This is actually better for restaurants because their gluten free menu items or keto friendly items are being surfaced to the consumers who care,” Yelp spokeswoman Julianne Rowe said.

But will the customization box out certain restaurants from getting full visibility on the Yelp marketplace?

“Restaurants are not being filtered out,” Rowe told Nation's Restaurant News. “In fact, just because a person says they prefer Chinese, Italian and ramen, that doesn't mean Yelp will never show them French food again. It just means the foods they indicated they prefer will be surfaced.”

Still, restaurants need to do their part.

They need to make sure attributes about their restaurant are filled out on their Yelp business page, which is free to claim.

DoorDash has acquired startup firm Scotty Labs, which has quietly been perfecting logistics for the safe deployment of autonomous vehicles.

Other third-party companies and restaurant brands exploring the deployment of autonomous carts and vehicles include Postmates and Pizza Hut. Postmates plans to deploy Serve, an autonomous delivery rover designed to move around sidewalks, instead of roads. It is expected to debut for test in the Los Angeles market later this year.

Earlier this year, Pizza Hut said it plans to team up with FedEx Corp. on a delivery test using autonomous carts.

A new ghost kitchen concept, Zuul Kitchens, is scheduled to launch operations in New York City in September. The company joins a growing list of rent-a-kitchen facilities, which offer restaurants a space to expand their delivery reach without having to add a brick-and-mortar location.

Zuul, for example, will include delivery outlets for the chain Sweetgreen, the growing Asian concept Junzi and fast-casual Lebanese concept Naya.

Lettuce Entertain You Enterprises, for example, recently announced plans to open a Whole30-branded virtual restaurant in Chicago in partnership with Grubhub.

The delivery-only restaurant, called Whole30 Delivered, will sell Whole30 approved meals based on the lifestyle diet that emphasizes whole foods and the elimination of temptations like added sugar and alcohol. Lettuce Entertain You said there are currently no further plans to expand the Whole30 Delivered concept to other cities.