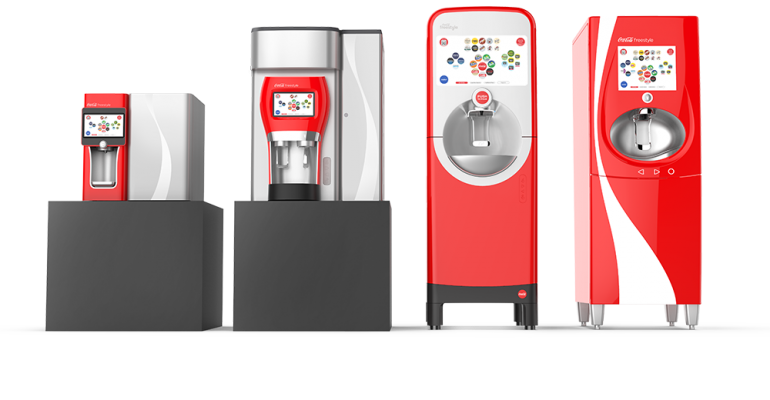 Rollout of the Bluetooth-enabled model to begin in 2019

This installment of Tech Tracker looks at forthcoming enhancements to the Coca-Cola Freestyle, a touchscreen beverage dispenser used by thousands of foodservice operators around the country. Dubbed Coca-Cola Freestyle 9100, this next-generation dispenser is being tested regionally with a national foodservice chain through the end of 2018. Freestyle 9100 will begin rolling out in 2019, the company said. Coca-Cola declined to reveal the test locations.

The 9100 sports a larger, 24-inch high-definition screen, making it easier to select from more than 200 drink choices, which include roughly 117 low- or no-calorie options. It made its debut at the National Restaurant Association show in May.

The machine is Bluetooth enabled so Freestyle app users can cue up their favorite drink or mix a custom beverage before walking into a restaurant.

Wendy’s and Zaxby’s, for example, used the programming to introduce drinks only available through the Freestyle dispensers. Wendy’s sold a special Dave’s Cherry Cream Soda, while Zaxby’s offered a limited-edition Sprite-and-Mello Yello mix at the University of Georgia and Georgia Tech during the college football season last year.

Have a tip on new restaurant tech? Contact Nancy Luna at [email protected].