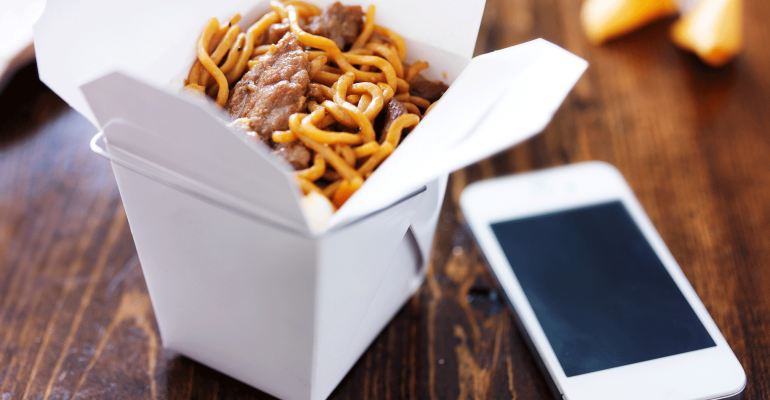 It should be no surprise that use of third-party delivery apps keeps climbing. So says a recent report from Phoenix-based advertising agency Zion & Zion.

Their survey of nearly 3,000 American consumers found that 41 percent have used a multi-restaurant third-party delivery app in the past 90 days, with GrubHub being the most popular app.

The survey also shows that demographics of delivery app users skew toward younger and low-income diners. Sixty three percent of respondents aged 18- to 29-years old had used a multi-restaurant third-party delivery app in the prior 90 days, while only 14 percent of those ages 60 and older had.

For the lowest-income users who make under $10,000 annually, 51.6 percent used third-party restaurant delivery apps in 90-day period. That number drops as income levels rise, until it plummets to just 25.3 percent of survey respondents in the $150,000-$174,999 range who order from food-delivery apps. Yet after that plateau, the numbers climb again. Around 39.6 percent of highest income earners ($200,000+) ordered food delivery from third-party apps.

“You would think that the less disposable income you have, you would not order as much,” said CEO Aric Zion. “But it could be that these places are ordering from smaller, cheaper places like pizzerias, while the high-income users could be ordering expensive food from high-end places.”

Zion said it’s clear third-party app usage is not just a passing trend: It’s here to stay. He recommends that restaurants sign up with multiple restaurant delivery apps to cast a wider net of possible customers.