This Pasadena, Calif.-based chain of ghost kitchens has ambitious plans, envisioning hundreds of locations across the country. Kitchen United ended 2019 with three locations (Pasadena, Chicago, Scottsdale, Ariz.) open. At least another four are planned in 2020 (next to open are Austin, Texas, and downtown Los Angeles).

Company officials say they are fine tuning their site-selection process. Initially, the plan to move into opportunity zones put locations too far away from consumers and was “the wrong path.” Now Kitchen United is hoping to locate more in dense areas.

Last September, the company closed a $40 million series B round of funding led by Alphabet’s GV and New York real estate company RXR Realty, which will likely bring the brand to New York City.

Kalanick reportedly closed a $400 million funding round last year, but the company did not respond to requests for information.

Among its users are the San Francisco-based Poki Time, which last year closed all three of its brick-and-mortar restaurants to convert to a virtual delivery-only brand, in partnership with Virtual Kitchen Co.

Other users of the company’s ghost spaces include Big Chef Tom’s Belly Burgers, and the Dosa chain, according to its website. The company last year announced a $15 million investment from venture capital firms that included Andreessen Horowitz and Base10 Partners.

Virtual Kitchen Co. reportedly relies on a hub-and-spoke model, with a central commissary for food prep serving smaller micro kitchens, where most of the cooking is done.

In New York City, Zuul Kitchens launched its first location in August in the former location of the now-defunct Maple, a delivery-only pioneer.

The 5,000-square-foot Zuul facility is home to nine kitchens that are optimized for delivery. The ghost kitchen also has a “dispatch center” to make delivery couriers feel welcome, offering restrooms, coffee and tea and water, as well as a charging port for phones.

Restaurant tenants pay a monthly membership fee and for their own equipment, though hoods and sinks are already installed. Zuul founder and CEO Corey Manicone said the concept has closed on a seed-round of funding that will lead to growth, though he has not disclosed the amount raised.

Zuul plans to focus on New York City, where “a handful” of new facilities will open this year in Manhattan,  Brooklyn and Queens. Manicone noted that future locations may have a retail or takeout aspect, for guests who prefer to pick up themselves.

The company operates 5,000 parking facilities across North America and sees each as a potential “ecosystem hub” with a digital platform offering ticketless parking. A few years ago, the company began working with UK-based Deliveroo to bring food delivery services into the picture.

Last year, SoftBank Vision made a substantial investment in the company, formerly known as ParkJockey, allowing the relaunch as Reef Technology. Reef calls their ghost kitchens “vessels,” and they come in various sizes. Some house only one brand, while others can host up to five restaurants.

The goal is to work with existing brands to help expand their delivery reach or move into new markets, but the hope is to create internal brands down the road. Among current restaurant partners is Miami-based Della Bowls, for example.

In Los Angeles, Fulton Kitchens is also growing, with three units open and more planned. The first in East LA opened in 2015 — before the wave of third-party delivery players began reshaping restaurant dining — and partner Yossi Reinstein said the original goal was to serve as a commissary kitchen for caterers and food manufacturers for retail.

Now Reinstein said Fulton Kitchens is looking to take advantage of growing interest from the restaurant community in ghost kitchens. Qdoba Mexican Eats uses the San Diego Fulton Kitchen for delivery, for example, as does the virtual restaurant Phood Farmacy in Los Angeles.

“We really got into this before delivery was so popular,” said Reinstein. “We’re just now thinking of ways to shift and adapt to be able to service more of these virtual restaurants. It’s new territory.”

The Dubai-based company Kitopi in December opened its first ghost kitchen in the U.S., but this one is not like the others.

Kitopi — which stands for Kitchen Operation Innovations — describes itself as a state-of-the-art managed kitchen platform for restaurant partners. That means the company not only provides the infrastructure and software with minimal capital expenditures, it also takes care of the entire customer experience — from receiving and processing an order, to kitchen operations, including cooking, delivery and managing feedback, according to a company fact sheet.

It operates more than 30 kitchens in five markets: Riyadh, the United Arab Emirates, Kuwait, the UK and now two in New York. And Kitopi plans to open up to 100 more kitchens in and around New York City in 2020.

Another unique ghost kitchen hybrid is BytetoBite.Industries, out of Los Angeles.

BytetoBite cooks out of a CloudKitchens location in Los Angeles, serving up food from virtual brands for delivery only. Among the brands is one developed in house by CloudKitchens called LA Breakfast Club, for example.

Secondly, BytetoBite prepares the food for roughly another 30 virtual brands (available for delivery only) out of a restaurant kitchen.

And in February, the company plans to open its first consumer-facing ghost kitchen location in Los Angeles, a commissary that will host up to 20 virtual brands for delivery as well as offering a retail counter where guests can order food from the various brands or purchase grab-and-go meals.

BytetoBite partner Alan Moore said the company is open to working with restaurant partners who want to bring in their own cooks. “We’re talking to a lady who has a plant-based bakery, for example. Our kitchen is closed from 2 to 5 a.m. and she’d be welcome to come and bake at night … and we could sell her baked goods during the day,” he said. 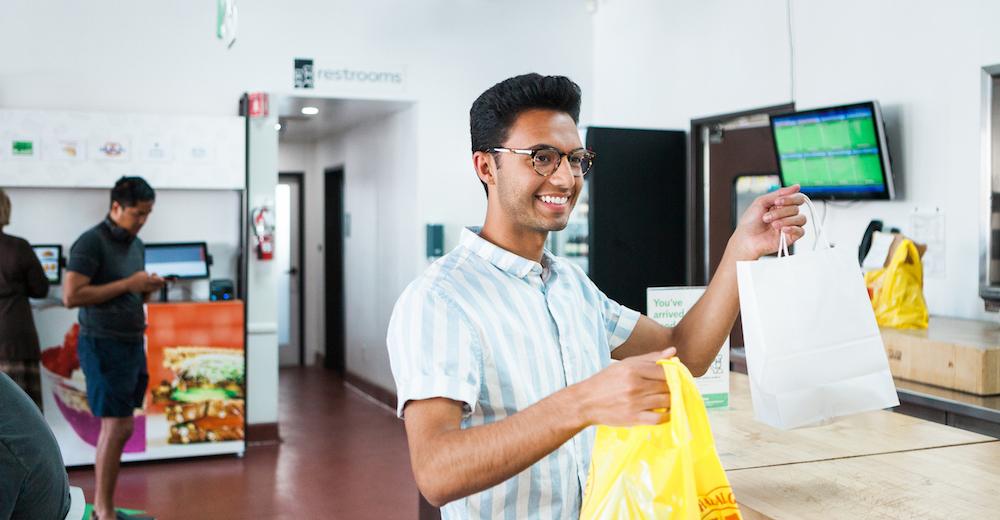