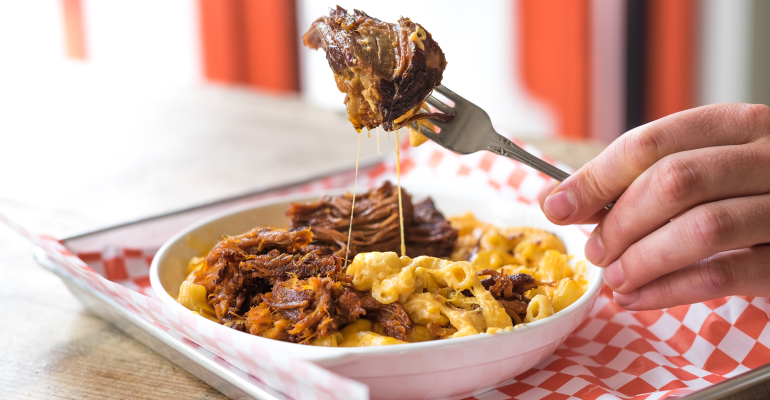 Mac’d carves out niche with customizable mac and cheese

When Chen-Chen Huo was a student at University of California, Berkeley, he loved dining at Homeroom, the full-service Oakland restaurant specializing in macaroni and cheese, as well as the local outpost of Pieology, a build-your-own fast-casual pizza concept.

So it’s no surprise Huo went on to create a build-your-own macaroni-and-cheese concept: Mac’d.

The concept, which debuted in San Francisco in July 2017, now has two locations in the Bay city and a ghost kitchen — a kitchen designed for delivery only — in Portland, Oregon. The concept also recently won a $120,000 investment from start-up accelerator Y Combinator to spur on growth.

Mac’d is building a restaurant company, but also a tech company. Mac’d will focus on delivery, as well as building a mobile app, a tech-enabled ordering process and generally trying to solve many of the common inefficiencies of restaurants by using technology.

But, the food is what will really drive business. 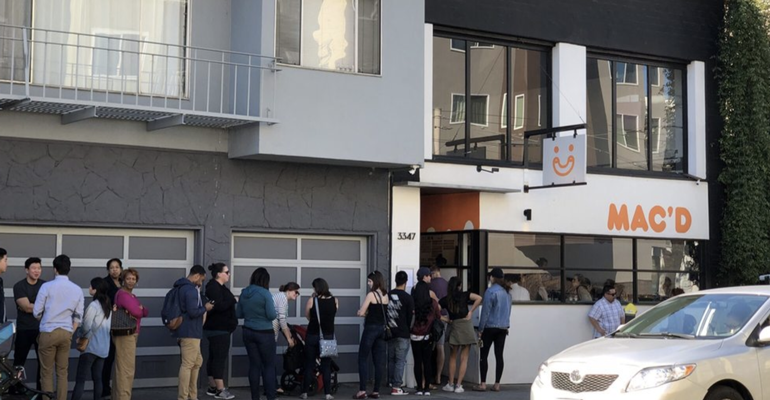 Customers develop their own creations with sauces like Buffalo and pesto, as well as mix-ins, like hot dogs and jalapenos. For the base, Mac’d offers elbow and shell pasta as well as cauliflower. To finish the dish, customers can add toppings like truffles, hot Cheetos, or Korean short ribs. There’s also a vegan “cheese” sauce.

It’s a highly indulgent menu harping back to a childhood favorite, said Huo.

“Living in San Francisco, I try my best to be healthy, but once a week I just need something that hits home,” he said.

Most mac-and-cheese combos are $12 as there’s only one size, and, by all accounts, it’s a large one. Keeping the menu simple helps maintain food quality and consistency, said Huo.

The large portions are part of the plan, since mac and cheese holds up to traveling and reheating. “We’re really proud of the food we give you,” he said, and added, “We give out a lot of to-go boxes.”

Customers range from families to tourists, and on weekend nights when the restaurants are open until 2 a.m., a young, post-partying crowd comes in.

Mac’d started as a pop-up in breweries and other spaces throughout San Francisco. 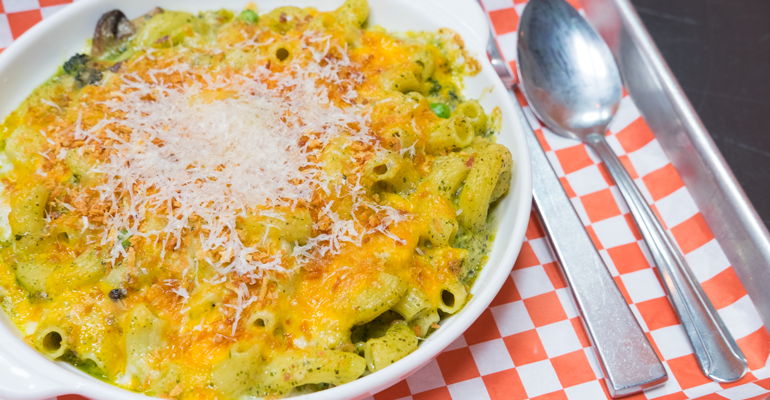 “Growing a cult following as a pop-up” helped lead to the first brick-and-mortar location in the Marina District for Mac’d, and more recently a spot in the Russian Hill neighborhood.

But their ghost kitchen in Portland might be the best example of how they’ll grow going forward.

“The future of food is trending more towards delivery,” said Huo. And ghost kitchens are helping the company by “getting the Mac’d brand into people’s hands without building a brick and mortar.”

Co-founder Antony Bello, a software engineer who had also worked as a chef and penned a food column, handles the tech portion of the business.

The Y Combinator investment will help too. Although the team is quick to point out that Mac’d is a cash-flow-positive business, and they haven’t tapped the investment yet.

As Mac’d explores growth options, “we want to be sure that we’re staying true to our brand,” said Bello.