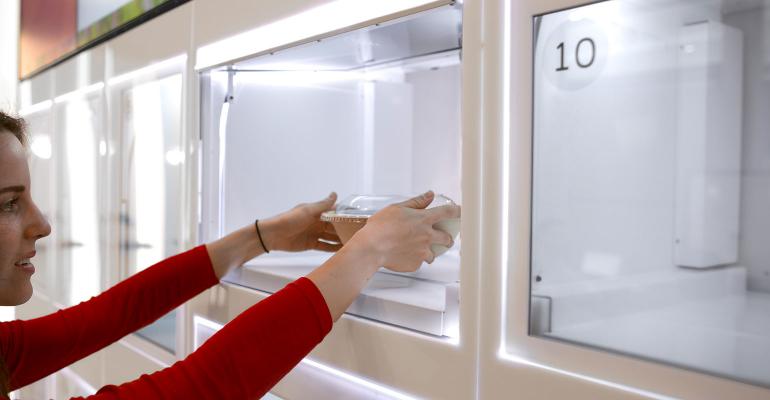 When Eatsa first opened in San Francisco in 2015 as a “robot-run” fast-casual eatery, it caused quite a stir. Reminiscent of mid-20th century automats, customers could order at digital kiosks and pick up their freshly made food in individual cubbyholes without interacting with human beings.

While novel at the time, the company soon suffered from growing pains. Two years and seven units later, Eatsa announced the company had “grown too quickly” and would be shutting down most of its restaurants, including locations in New York, Washington, D.C. and Berkeley, Calif., leaving only two San Francisco locations in operation.

But the journey didn’t end there. After downsizing, Eatsa announced in late 2017 that the company would pivot to focus on licensing its technology as an integrated solution for restaurants, with an all-in-one system that includes self-ordering kiosks, a mobile app, digital menu boards, and a self-service order pickup system.

Now Eatsa is finding a second life through other young restaurant brands, thanks in part to an investment by private-equity firm Valor Equity Partners. 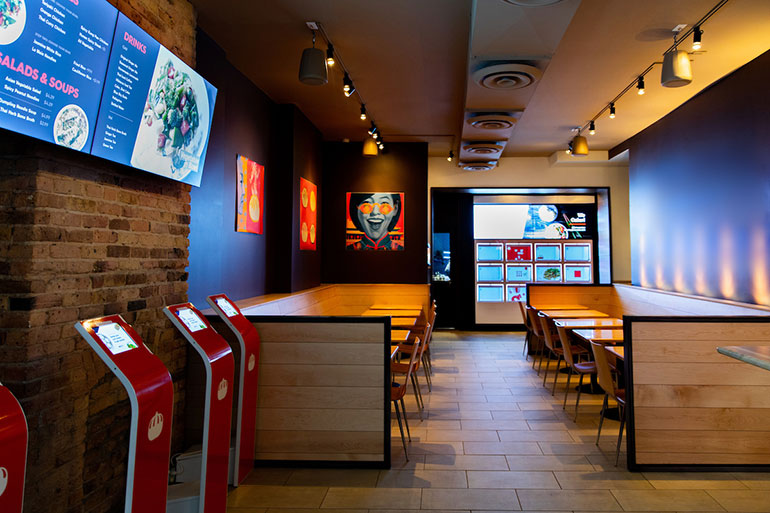 Valor also has invested in all three restaurant chains.

However, Eatsa CEO Tim Young — who with co-founder Scott Drummond made the Nation’s Restaurant News 2016 Power List as an industry disruptor — does not describe the move as a reinvention or even a major shift from their original business model.

“When we started this company, we knew we were building a tech company,” Young said.  “Three-quarters of our employers were engineers, designers, and people building our technology systems.”

Created by Lettuce Entertain You Enterprises Inc. with an average check of $12 for bao meals and $7 for rice bowls, Wow Bao has gone all-in with the Eatsa platform, introducing both the mobile app and automated order pickup system with cubbies digitally labeled with each customer’s name to three of their 11 locations in Chicago, Washington D.C., and Vermont, ranging in size from 300- to 800-square feet. Wow Bao plans to keep working with Eatsa technology as the brand adds seven more restaurants in 2019.

“Eatsa has taken technology integration and made it a better experience from a customer standpoint,” said Geoff Alexander, president of Wow Bao. “We’ve given them a lot of feedback from a data mining and marketing perspective.” 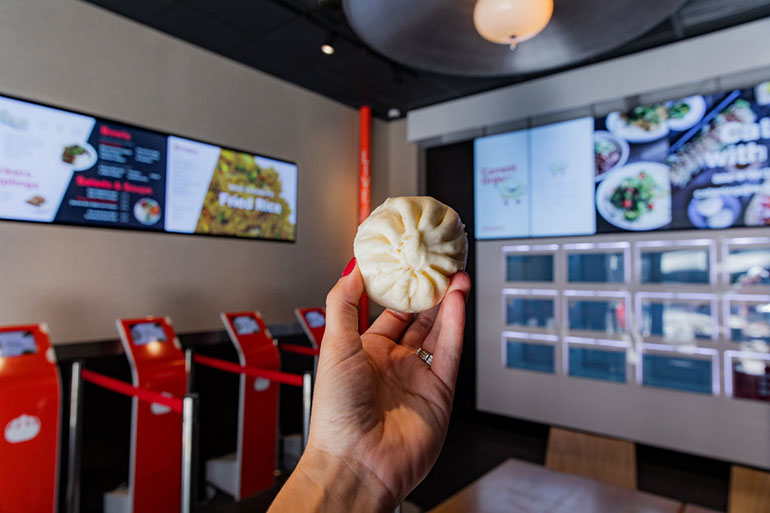 Although Wow Bao was already using kiosk technology in their restaurants, Alexander said Eatsa made the “one-stop shopping” a lot easier from an operational standpoint.

The build-your-own macaroni and cheese chain Mac’d, meanwhile, is set to complete its Eatsa transformation by the first quarter of 2019.

“When our restaurants were hitting capacity with in-store diners and delivery orders, the customer experience was compromised,” said Mac’d co-founder Antony Bello. “We are happy to be rolling out a streamlined pickup system through Eatsa that tidies up the restaurant flow.”

Bello also said that their new software-driven approach to point of sale will allow them to be “flexible” as the chain prepares to scale. The Eatsa platform will be first installed at the Mac’d location in the Russian Hill neighborhood of San Francisco before it’s implemented in the other locations.

Officials with Roti declined to comment on plans for the technology platform.

“While there were natural synergies in working with a brand like Wow Bao, many brands are proactively reaching out to us to discuss how Eatsa’s platform can provide an end-to-end technology solution,” he said. 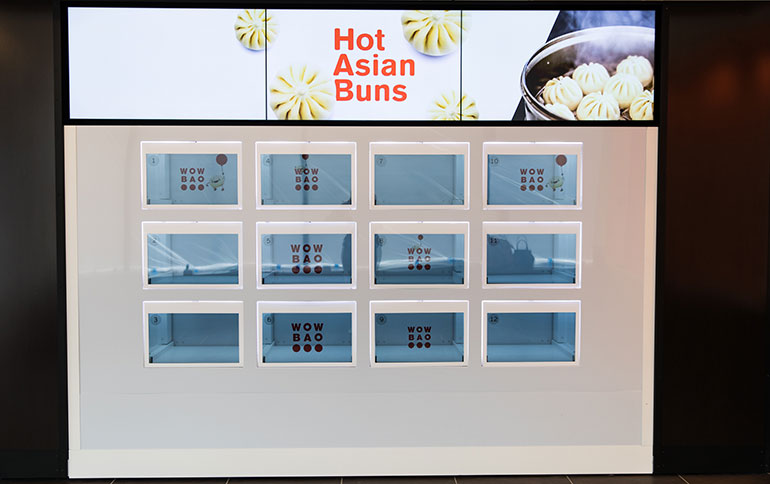 Young also clarified that although the company has shifted focus, they are still operating two restaurants with healthy salad, quinoa, and rice bowl options for an average check of about $10 per person.

He also denied that the company’s downsize represented a failure.

“I wouldn’t call [the closed stores] unsuccessful,” Young said. “Our New York stores were some of our best-performing stores … We operate restaurants in the present tense. Potential customers can come look at our restaurants and see how we’ve faced the same challenges they’re facing and used our platform to solve these issues. One of the biggest advantages we bring is our empathy.”

Eatsa has much loftier goals on the horizon:

“In the next five years we hope to be in every restaurant in the United States and working on internationally too,” Young joked. “Five years is a long time, so I think that’s a realistic goal.”

Young also confirmed that their platform is not one-size fits all and that most of the features they offer are “highly customizable,” including color schemes and the design of the mobile app and menu board.

Valor initially invested in Eatsa in mid-2016 because, as firm partner Jonathan Shulkin said, the culinary technology company was already “a disruptor in the restaurant space.” 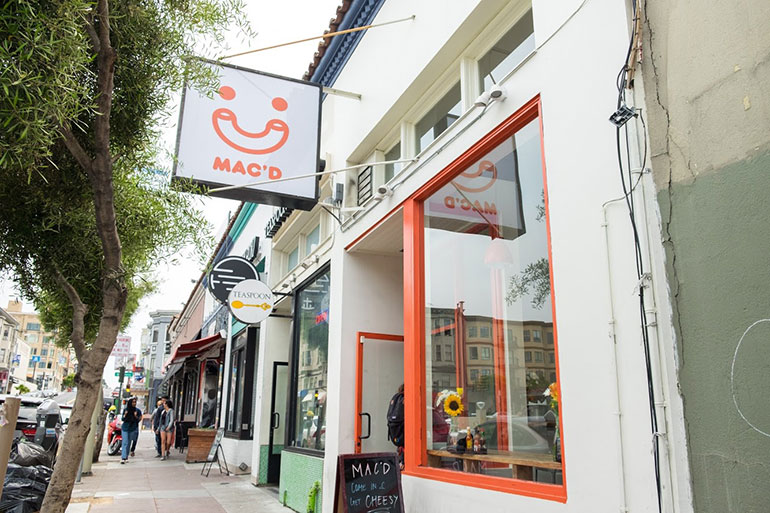 Since Eatsa’s business model shift, Valor has become “much more involved” with the company, he said.

“This idea aligns much better with Eatsa’s ability to change the food space in a much more positive way,” Shulkin said. “Now we can affect many brands at both the front and back of the house by licensing technology.”