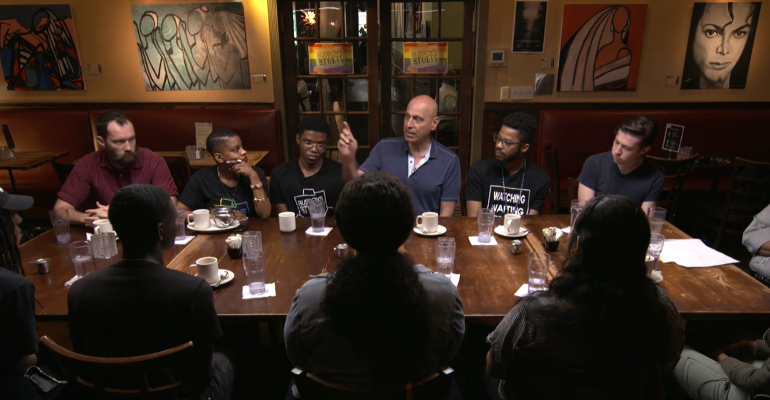 Video of the week: D.C. restaurateur tackles racial bias in the industry

Starbucks made headlines last week for closing 8,000 stores on May 29 to conduct racial-bias education for its employees.

The move was in response to the racial profiling accusations the chain faced after an incident involving two black men arrested at a Philadelphia unit in April.

For the rest of the restaurant industry, the recent news has raised questions on how employees can be trained to prevent racial bias and discrimination and avoid similar incidents.

In this video, Andy Shallal, owner of Busboys and Poets, a six-unit restaurant and bookstore chain in Washington, D.C., enters into a discussion on racial bias with his employees — as part of an anti-bias training session he holds every couple of weeks, according to CBS This Morning.