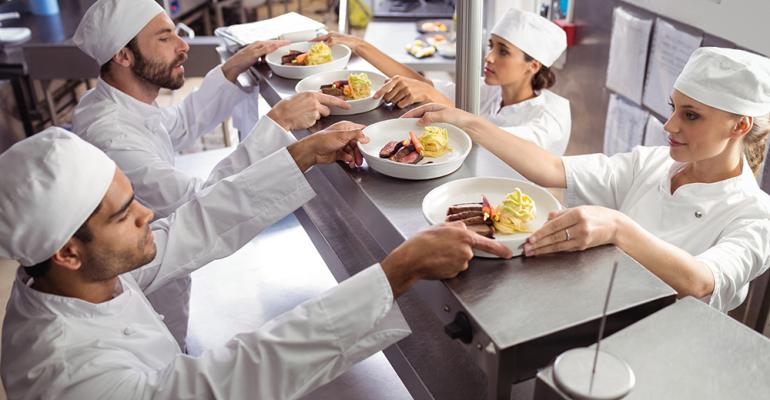 With Labor Day approaching, restaurant operators continue to wrestle with a tight market for employees, especially for back-of-house positions, a recent survey indicates.

More than two-thirds, or about 67 percent, of operators cited increased competition for workers as a key driver in rising costs in a recent survey, “Staffing Concerns in Restaurant Operations,” conducted for Nation’s Restaurant News and Fourth, a cloud-based platform for workforce planning.

The U.S. unemployment rate slipped to 3.9 percent in July and has hovered between 3.8 percent and 4.1 percent during the first seven months of the year. Restaurants have felt the pressure.

“It's a tight labor market out there,” Ozan told analysts. “Labor staffing is a challenge, both for us and the franchisees. But that's the industry, so I don't know that we have it any worse than anybody else.”

Citing the low unemployment rate, Ozan added that “depending on state-by-state or area-by-area, it does have an impact.”

The NRN-Fourth survey found that, among those surveyed in May, labor competition eclipsed new minimum wage laws as the top challenge for operators.

The survey was conducted online via emailed invitations between May 17 and May 25 by Informa Engage, an NRN-affiliated research company. Respondents, which represented all major restaurant segments, ranged in size from one unit to more than 500, and had employee bases ranging from fewer than 100 workers to more than 15,000. Key findings of the survey included:

Dining room hiring challenges: In the front-of-the-house, servers proved most challenging to find, with 54 percent of respondents citing that position, followed by unit managers at 37 percent. “Respondents also commented on other jobs not on the list,” the survey noted. “These write-in jobs included bartender, cashier and, presumably because of the delivery phenomenon, phone operators that handle carryout and delivery orders.”

Worker motivation: “The vast majority of respondents, or 70 percent, said wages provide the most influential factor in motivating employees,” the survey found. “What does not motivate employees is the ability to get ahead in the company.” Only 11 percent of surveyed operators cited the potential for advancement as a motivational factor.

Written harassment policies: Ninety percent of respondents reported their operations have a written policy on workplace harassment, and an additional 6 percent said they would soon have a policy.

Tipping: Two-thirds, or 66 percent, of surveyed operators said they would not consider a no-tipping or service-included model.

“Labor issues remain top of mind, with turnover an ongoing struggle, but newsworthy controversies such as immigration laws and minimum wage increases are not truly worrisome,” the survey concluded. “Technology can help offset the rise in labor costs, in various areas ranging from workforce management to purchase-to-pay, including software, apps and data analytics.”