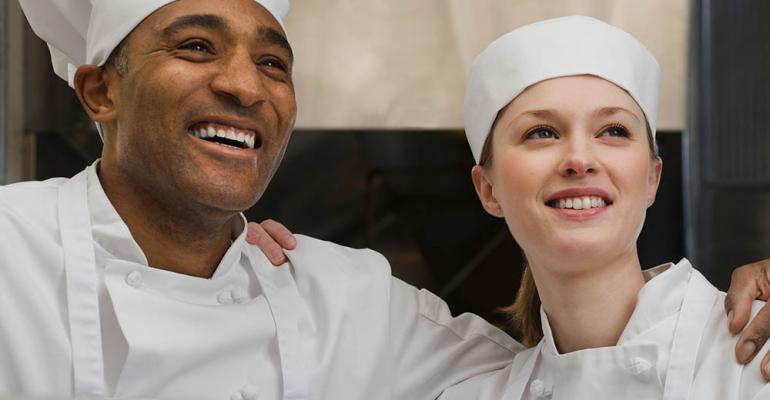 Employee romance in the age of #metoo

If your restaurant has employees who are involved in a romantic relationship, you might need a love contract.

The correct legal term is actually a “consensual relationship agreement,” but they are often called love contracts. It’s a concept that has been around for years and is becoming more common as employers look for ways to protect themselves and their employees from sexual harassment claims.

“It’s really a good idea,” said attorney Molly Gwin with the law firm Isaac Wiles in Columbus, Ohio, who defends employers in labor and employment litigation issues. “There has certainly been a shift in work-life balance. Frequently, and particularly in the restaurant industry, where the hours might be different and it’s not the traditional nine-to-five, a lot of people work and play together, and a lot of employers encourage that. It builds camaraderie.”

But, as the #metoo movement has demonstrated, with that blurring of lines between work and play comes a certain amount of risk, she said.

Love contracts offer at least one level of protection for all involved, Gwin said, and they’re as important at smaller, more casual companies as they are at big operations.

“They’re both just as conducive to workplace romance,” she said.

Ideally, a love contract is a document signed by both parties stating that they are in a consensual relationship. The contract should also oblige those parties to notify management or a designated human resources professional when the relationship ends.

Documenting the end of a relationship is just as important as the beginning because what starts as a consensual relationship can become non-consensual, and often that’s where sexual harassment claims arise, Gwin said.

“It’s a tool for employers to protect themselves from liability should a consensual relationship deteriorate,” she said.

Love contracts should be tailored to specific companies with the help of legal counsel, Gwin said. Here are a few things to consider:

Should you have a policy prohibiting workplace relationships altogether? Some companies do, but Gwin said employers need to recognize the reality that workplace romances will occur.

“Love contracts recognize that these things happen, and how do we protect ourselves from it, rather than just saying, ‘Let’s bury our head in the sand and pretend we don’t know about it until a legal liability arises,’” she said.

Should you require love contracts for peer-to-peer relationships, or only for supervisor/subordinate romances? That’s something each business must decide, Gwin said. But regardless, it might be wise to make sure one party in the relationship does not supervise the other. If a server is dating a manager, for example, the contract can specify that the server report to someone else within the organization to ensure there is no favoritism.

Encourage transparency. Gwin said it’s important for employers to make sure staff members know they’re not in trouble if they date. It’s simply a matter of getting things documented. And having a more open culture will also likely foster a climate in which workers will feel safe to report unlawful sexual harassment if it occurs.

“Employees need to be encouraged to talk to HR about a relationship, rather than hide it from management,” she said. “That’s why we really push having an HR professional, or someone designated to handle HR matters, and encourage employees to utilize that resource.”

Watch for discrimination. Employers need to be mindful not to create evidence of impermissible discrimination as a result of employees entering into these types of agreements, she said. “You want to treat the employee basically as though they’re not in a relationship and keep it professional,” Gwin said.

Watch for retaliation. If the romance ends, and if one party retaliates against the other, employers need to take prompt remedial action, either by letting the offending party go or by getting employees into a place where they won’t be subject to retaliation.

Consider worker privacy. It’s one thing when employees voluntarily disclose a relationship, but it gets tricky when employers witness or suspect a relationship kept in secret. If you see workers go home together one night, for example, it’s probably not a good idea to tap them on the shoulder with a love contract the next day.

“That’s the sort of thing where you’d want to work with your HR professional and outside legal counsel,” Gwin said. “It’s really a case-by-case sort of analysis.”