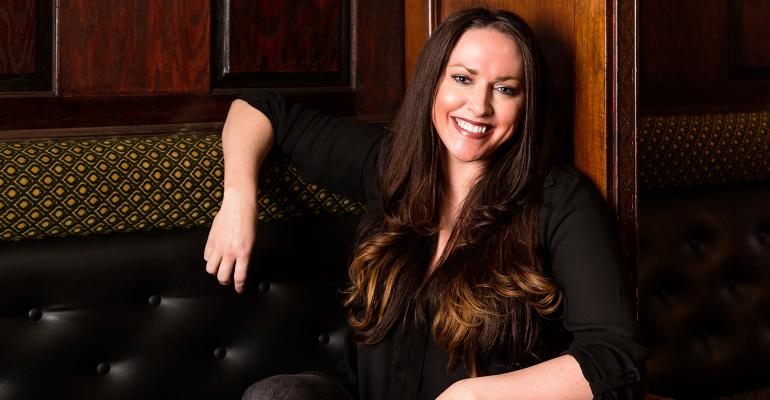 On the Rise: Kate Williams

The lady of the new Detroit food scene

When she opened the much-anticipated Lady of the House last year, Detroit native and chef Kate Williams set an intention to throw a dinner party every night, where guests feel taken care of, cozy and satiated.

Since then, the venue has become the poster child for Detroit’s rising dining scene.

Potato Donuts (left) and Golden Beet Soup at Lady of the House.

Williams studied food science at Michigan State University and worked in kitchens from Chicago to Copenhagen. Back in Detroit, she helped open sister restaurants Republic Tavern and Parks & Rec Diner.

But she always had her sights set on her own place. She opened Lady of the House in Detroit’s Corktown neighborhood, where Williams’ grandparents had met at the Gaelic League years before.

It has become a destination.

“We knew we were a neighborhood spot and that the foodies would come check us out, but we’ve had a lot of groups of ladies driving from far distances to come dine based on things they’ve read,” she said. “That’s been a really cool surprise.” Williams opened Lady of the House in Detroit’s Corktown neighborhood.

“Because we do whole-animal butchery, we’re always left with off cuts that are braised and we turn that into rillettes,” she said.

A sleeper dish is the rum cake, Williams said. “It’s my mom’s recipe exactly from when we were growing up. The amount of booze in there keeps it so moist.”

The most Instagrammed feature is a bench in the women’s restroom printed with actor Gosling’s face — symbols of Williams’ sassy brand of female empowerment.

There are new projects in the works: Williams is planning a garden on a plot of urban farmland nearby. She’s adding private dining and a patio. In February, Williams opened for brunch for the first time, with dishes that added to the restaurant’s homey feel.

“Some of the china is actually my grandma’s! I joke that I’ve been building this for 18 years, not just two. Everything in the restaurant is because of inspirations I have had through my career,” Williams said. “But, really, it was just supposed to be like my dining room.”