We’ve got a soft spot for Santa Monica, so next time we’re there we have to get to Ox & Son, where executive chef Brad Miller is bringing some pedigree into the kitchen. The name pays homage to Miller’s father, Gary “Ox” Miller, a Chicago-based butcher who taught Miller the ropes in the butcher shop from age 15. He cooked at Michelin-starred Patina and served as executive chef at Inn of the Seventh Ray before taking the leap and investing in his own place.

The W Hotel in Union Square has always been a pretty slick place. It got a lot cooler in March, when American-Mediterranean restaurant Irvington opened up on the ground floor. The space looks a lot more approachable, with the local vibe and all. Many ingredients come from the neighboring Union Square Greenmarket, such as fresh rotisserie roasted meats used to make a pressed porchetta sandwich with cucumber hot sauce and provolone and the duck confit potpie (pictured). It’s much more down to earth.

Co-owners Joe and Katy Kindred, both madly experienced restaurateurs from bigger-city backgrounds, see their restaurant as an extension of their home (which is just two minutes down the road). It’s a family business, and the warmth they exhibit for their community, guests and staff truly makes all the difference at this place. Joe helms the kitchen and the rotating menu, bringing in unique flavors each week via local farmers and foragers.

Melissa Perello just opened her second spot on the outskirts of San Francisco after killing it downtown at Frances. She’s an uber-talented chef, with a distinct style characterized as refined home cooking. Octavia has a larger menu, more seating and a killer wine program. Another neighborhood gem for the Bay Area.

We’re really digging the design in this spot, done by the oft-televised Libby Langdon. The idea was to create a more contemporary, sophisticated take on an Italian farmhouse while still embodying a warm and inviting feel. It’s a stunning space highlighted by a backlit, glass-encased wall holding hundreds of the finest Italian wines.

With a name like Vic Casanova, this guy can’t be stopped. His first two joints, Culina and Gusto, were each named to Esquire’s Best New Restaurants list and landed him on the 10th season of Iron Chef America. Now he’s got a high-end steakhouse with an Italian bent—massive cuts of beef and handmade pasta. It’s trendy and old-school Italian at the same time.

Trifecta Management Group has gone big time. After opening Flannery’s Irish Pub in Cleveland and Axis Alley in Cincinnati, they got the heck outta Ohio and opened a 50,000-square-foot indoor and outdoor restaurant and beer garden in the Bay Area. Call it what it is—eatertainment (bowling lanes, arcade, bocce courts)— but Plank also has 50 beers on tap and a damn-good-looking menu. Two words: Happy Hour.

Another astounding husband and wife team picks an awesome foodie destination and pours their heart and soul into the kitchen. These places never disappoint. Michelle and Chef Jeremy Hoffman chose Annapolis as the site for their casual spot with a seasonal and sustainable focus. Annapolis’s thriving culinary scene just got that much better.

Alon Shaya got his big break when he partnered with Jon Besh and became executive chef at Domenica and its fast-casual spinoff, Pizza Domenica. When hummus, pita and shakshouka all started cropping up on Domenica’s menu, Besh knew it was time for Alon to open a modern Israeli restaurant. Hence, Shaya. We’re drawn to the centerpiece, a wood-fired oven featuring gleaming mosaic tiles, which Alon uses to create everything from housemade pita to roasted lamb shanks. 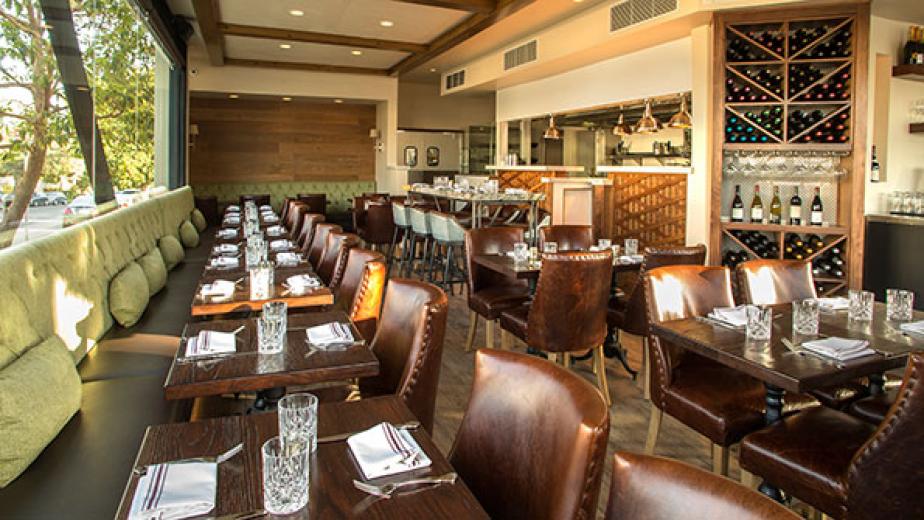