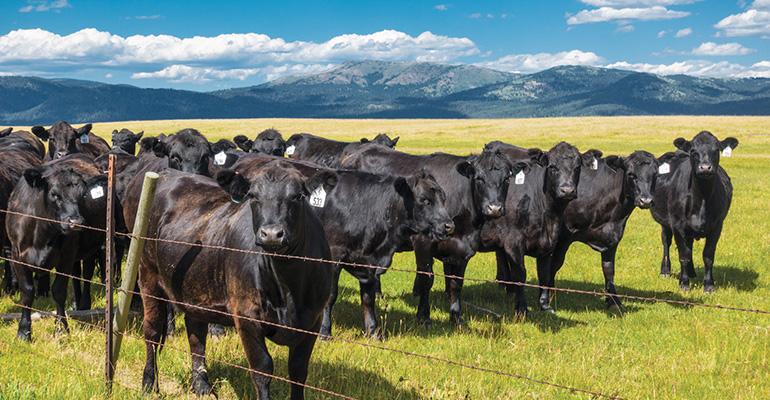 The supply issues of March and April are not likely to be repeated, but experts warn the supply chain will be put under stress over the next few months.
Coronavirus>Restaurants Ready

Coronavirus-related food supply disruptions may be behind us, but meat and produce could still face challenges

Experts warn of potential shortfalls and stress the importance of flexibility

Although the massive disruptions in the food supply chain that occurred in March and April are not likely to be repeated, the uncertainty of how long, and how severely, meat production will be hampered means that restaurant operators will need to be flexible in terms of what products they use in their restaurants, according to supply-chain experts.

Certain types of produce might also be in short supply, according to the head of the Produce Marketing Association.

“Be flexible,” David Poe, senior vice president of category management for distributor U.S. Foods, said in an email. “Flexible with using frozen vs. fresh products, using alternative brands, and alternative products and proteins that may be more readily available.”

For meat, the bottleneck is in production, according to Dhamu Thamodaran, chief strategy officer at meat producer Smithfield Foods.

Speaking in June in an online presentation with John Barone, president of Market Vision, which monitors the foodservice supply chain, Thamodaran said that meat production overall fell by 25% in April and May: Pork was down by 35%, beef was down by 33% and chicken was down by 10%.

That was due to plant closures resulting from outbreaks of COVID-19 at some operations and fears at other plants of the novel coronavirus spreading due to outbreaks in the communities where they operate.

Barone said that in April and May, reduced production capacity resulted in cattle slaughter being down by 19% and hog slaughter was down by 11%.

Extreme disruptions in supply at the time resulted from demand from restaurants cratering as their dining rooms were ordered to be closed, and a spike in demand at supermarkets as people cooked more meals at home. Thamodaran said meat demand at grocery stores increased by as much as 60%.

Retail and foodservice have different distributors that deliver different products that are manufactured on different production lines. That means that even if companies like Smithfield could rapidly switch production lines (they can’t; Thamodaran said refitting lines would take about four weeks), securing transport to supermarkets to meet the demand would be difficult.

Those disruptions resulted in quick-service burger chains Wendy’s and McDonald’s taking proactive measures to ensure supply. Some Wendy’s restaurants changed their online menus to promote chicken items in a move to make sure they had enough beef. McDonald’s temporarily changed its approach to supplying pork and beef products at its domestic locations:

Instead of taking orders for those ingredients from each location, the parent company proactively sent them based on anticipated demand to ensure that every restaurant got what it needed.

That level of disruption appears to be over as suppliers and distributors have adjusted to new demand levels, and as restaurant dining rooms open, meat producers are ramping up to meet their needs.

“And there is plenty of chicken in cold storage,” said Tom Super, a spokesman for the National Chicken Council.

The challenge comes in value-added products, such as bacon, ham and sausage, Thamodaran said.

That’s because, although pork is plentiful once again, labor, especially the skilled labor required to make those specialty pork products, is not.

“Absenteeism is very high right now,” he said, due to COVID-19 infections, fear of infections and Smithfield’s policy that requires its workers aged 60 or higher — who are more likely than younger people to die if they get COVID-19 — to stay at home, with pay, at least until July 1 to help prevent them from being infected.

Thamodaran said 10%-15% of workers in Smithfield plants are aged 60 or older, and many of them are the skilled workers needed to make value-added pork products.

On top of that, social distancing requirements and other safety measures, such as halting production every 30 minutes for hand washing and equipment sanitization, slows down production, as do mandatory temperature and health checks of each worker as they get to work. That slower production is largely made up for with extra overtime shifts on Saturday — a cost that Smithfield is absorbing for now, Thamodaran said.

Nonetheless, bacon production — 70% of which goes to foodservice — is currently at around 60%-65% of normal, ham is closer to 55% and production of dry sausage such as pepperoni is around 70-75%, which is close to what restaurants are demanding.

Once production hits 80% they should be able to meet restaurant needs completely, since restaurant demand, both domestically and abroad, is down due to the weak economy and enforced social distancing measures.

As for beef, as demand shifts back to restaurants, there might be price fluctuations for ground beef in quick-service restaurants and middle-meat steaks — particularly rib eye, tenderloin and strip steaks — in casual and fine-dining, according to Bridget Wasser, executive director for meat science, culinary and supply chain at the National Cattlemen’s Beef Association.

“There is no shortage of cattle,” she said in an email in May. “The supply disruptions you may see in the channels today are related to processing disruptions and logistical challenges in areas of labor and transportation.”

Operators can expect shortages in certain types of produce, according to Cathy Burns, CEO of the Produce Marketing Association.

“It’s very different than pre-COVID, when the world was your oyster in terms of variety,” she said.

That’s because when the pandemic struck and restaurateurs stopped ordering produce, farmers responded by planting less.

That means there could be tight supply of lettuces, broccoli, cauliflower and other “row crops,” particularly tender leaf items that mostly are ordered by restaurants, such as baby kale and baby lettuce.

Onion and potato acreage also was cut for the coming year in anticipation of reduced demand, which could mean a shortfall of those crops in late summer of 2021, she said.

“Eggplant, squash and cucumbers may also be in tight supply,” she added.

Poe of U.S. Foods said the coming months could be a great time to explore seafood options.

“Seafood is a great protein option and there is an abundance in inventory in the U.S.,” he said.