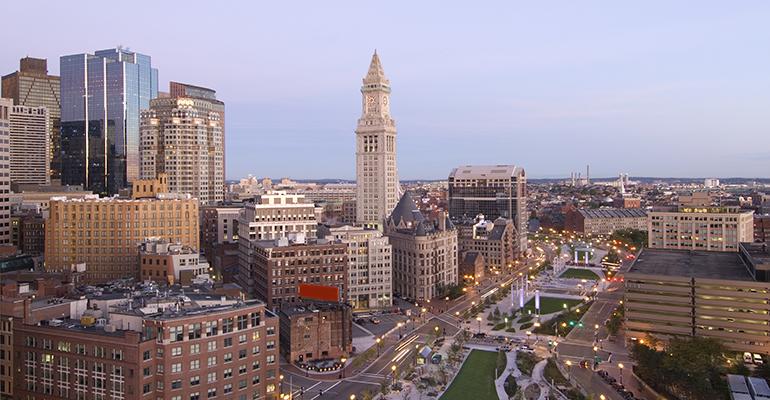 John Coletti / The Image Bank
Massachusetts announces restaurants can open to 100% capacity plus four other things you may have missed this week.
Coronavirus>Restaurants Ready

Each week, Restaurant Hospitality gathers the news for independent restaurant operators you may have missed. Here’s your list for the week of March 1:

On Feb. 25, Massachusetts Gov. Charlie Baker announced that as of March 1 restaurants will be allowed to operate at 100% capacity as the state enters Phase 3, Step 2 of it’s reopening plan. Restaurants in the state have been at 40% capacity since Feb. 8.

Other restrictions remain in place, including mandatory mask-wearing when not eating, spacing tables a social distance of six feet apart, capping service at 90 minutes per seating, and limiting tables to parties of six or fewer.

At the Feb. 25 press conference, Baker cited “encouraging trends in public health data as well as continued vigilance by residents in the state around masking and social distancing” in dialing back restrictions.

Read more: Capacity Caps Will Be Removed for Massachusetts Restaurants on March 1

Data research company Mintel released a report this week detailing consumer spending habits, including how they have reacted to brands who embrace Black Lives Matter in light of the social-justice protests of 2020.

Millennial and Gen Z consumers strongly believe brands should make statements about their beliefs, while Baby Boomers mostly believe the opposite, according to the report.

Union Square Acquisition Corp., the newest special purpose acquisition company, or SPAC, from Union Square Hospitality Group and Danny Meyer, announced the pricing of its initial public offering: 250,000,000 units for $10 per unit, totaling $250 million. It will trade under the name “HUGSU.”

USHG announced the creation of this SPAC in early February, saying it had the intention of purchasing small businesses.

One Fair Wage reported that 80% of restaurants in New York City are not consistently following COVID protocols. The report also found that Black workers were more likely to report their employers for not protecting them from coronavirus than white employees.

The report also covers the 10% optional surcharge NYC restaurants have been allowed to place on orders. The majority of NYC restaurant workers reported a decline in tips, with Black workers seeing the greatest decline. Across all workers, 59% reported seeing a drop in tips, while 75% of Black workers specifically saw a 50% drop in tips after the surcharge was enacted.

Around 35% of all NYC restaurants are using the surcharge, according to One Fair Wage.

TEDx speaker, LGBTQ+ advocate and digital influencer Alec Fischer created a documentary highlighting various industries that have been considered essential during the past year of COVID. The first episode of the series ­– COVID Confessions – focuses on restaurant workers.

Workers range from baristas and servers to operations managers who discuss their personal experiences during the ongoing pandemic. They talk about losing their livelihoods, customers who refuse to wear masks, having to change procedures so the restaurant is safe and sanitized and more.