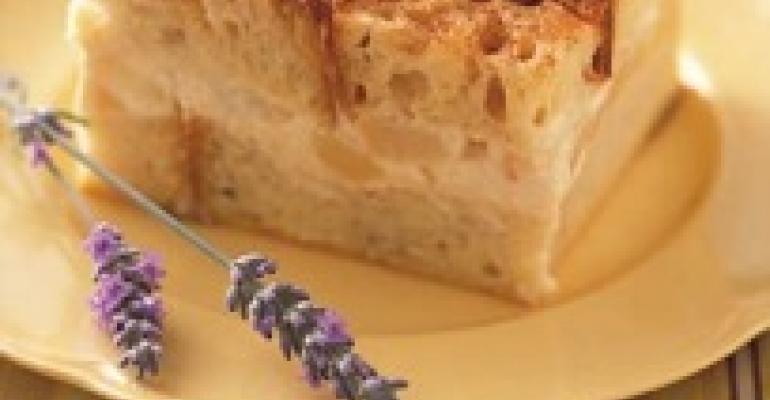 Spread bottom and sides of full steam pan with softened butter. Lay half the bread slices in an even layer in bottom of half steamtable pan. Pour half of custard (1 qt.) over bread slices. Spread pear cream cheese in an even layer over top of bread slices. Top with remaining bread slices in even layer. Pour remaining custard (1 qt.) over top of bread layer evenly. Sprinkle with cinnamon if desired. Cover and refrigerate at least one hour before baking. Bake in 325°F oven 50-60 minutes until cooked to an internal temperature of 150°F. Cool 20 minutes. Cut into 12 pieces to serve.

For custard: In the bowl of a mixer equipped with a paddle, blend eggs until creamy. Add sugar and continue mixing on medium until sugar is dissolved and mixture is creamy. Add remaining ingredients and blend until incorporated. Use as directed.