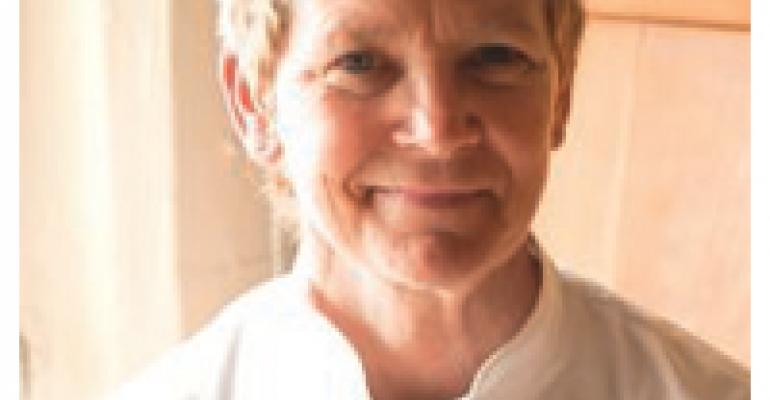 to taste, salt and pepper

Preheat oven to 375°F. Lay the eggplant on a baking sheet, brush both sides generously with garlic oil and sprinkle with salt and pepper. Roast about 10 minutes; turn slices over and roast until completely tender, about 6 minutes. Brush the warm eggplant generously with reduced vinegar and sprinkle with salt and pepper. Set aside to cool. Cut the focaccia in half horizontally; arrange eggplant on the bottom half, all the way out to the edges. Sprinkle the sun-dried tomatoes over, followed by the arugula and the cheese. Place the other half of the focaccia on top and slice into 6 sandwiches.