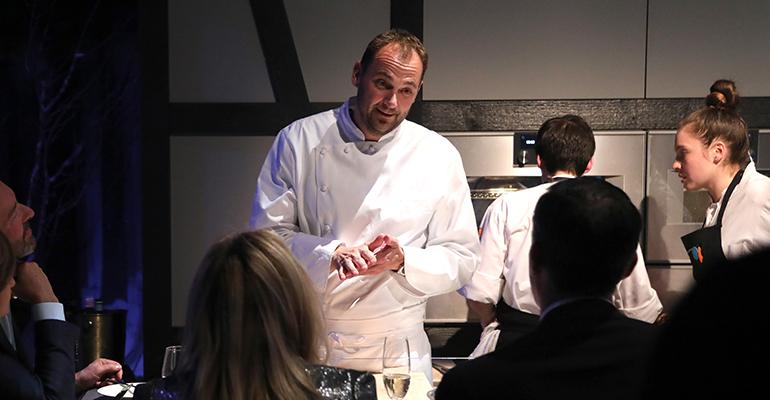 About six months after Make it Nice co-founders and business partners Will Guidara and chef Daniel Humm (Eleven Madison Park) announced an amicable divorce, NoMad Hotels will also be ending its business partnership with chef Humm. Make It Nice operated the NoMad restaurant brand at NoMad hotels in New York, Los Angeles, Las Vegas, and London, and now the food and beverage division of the hotel chain will be taken over by their parent company, Sydell Group starting Jan. 30, according to Eater.

After weeks of rumors, the operational transition was made official in letters to Sydell Group and NoMad employees, which seem to indicate that many longtime staffers will be remaining on throughout the transition.

“We will be organizing a transition of the food and beverage operations at NoMad New York to a partnership with Leo Robitschek, Thomas Pastuszak and the senior members of the current New York NoMad F&B teams including Mike Reilly and Kal Nemieboka,” the letter from Andrew Zobler to his employees at Sydell Group said. “In addition, we are excited to share that Laura Wagstaff will be coming back to NoMad to help with the transition.”

The letter goes on to further hint at some of the changes that could be coming to the hotel restaurants, including “more attention to detail” and a “greater focus on culture and entertainment,” as well as changes to the menu while still “respecting the history of the NoMad approach to dining.”

In an emotionally poignant letter to his employees, Humm called the partnership’s end a “very difficult decision” and said that “those who work [at the restaurants] are invited to continue to do so.”

For Humm, this split means that his portfolio has been downsized to Eleven Madison Park in New York, the recently opened Davies and Brook in the Claridge’s Hotel in London, the fast-casual restaurant Made Nice in New York, and the as-of-yet-unnamed restaurant at 425 Park Avenue opening later this year or in 2021 in New York.

Texas and Florida just banned mandatory vaccine passports: These states could be next
Apr 07, 2021