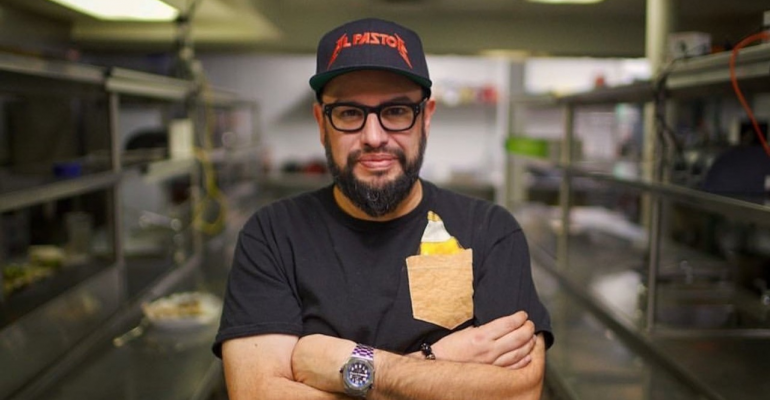 No cause of death was released, but news reports indicate the chef died in his sleep of a suspected heart attack. He was 44.

“On behalf of the La Cubana family, with heavy hearts, we are deeply saddened to share the passing of our beloved executive chef Carl Ruiz,” said a post on the restaurant’s Instagram site. “No words can fully express our sadness at the sudden loss of our dear friend and brother. Beyond his immense culinary talent, Carl’s larger-than-life personality never failed to entertain, enlighten and uplift every person he encountered along his #Ruizing adventures. His fierce intellect and infectious humor knew no bounds. He was a mighty force of down-home Cuban cuisine, and lived life to the fullest, just as he cooked — with ‘dancing always’ as the most important ingredient.

“Here at La Cubana, Carl paid proud tribute to his Cuban roots each night, and it is here that Carl’s legacy, undeniable spirit and passion for his culture will live on,” the statement continued. “We hope we make you proud, Carlito.”

Chefs across the country, including friend Guy Fieri, Michael Symon and Jet Tila and hundreds of fans, took to social media to express their grief and pay tribute.

“I’m heartbroken that my friend chef Carl Ruiz is gone,” Fieri tweeted. “I have no words to describe what a great friend he was to me and my family. His ability to make me laugh and smile under any circumstances was only outshined by his talent as a chef.”

I’m heartbroken that my friend chef Carl Ruiz is gone. I have no words to describe what a great friend he was to me and my family. His ability to make me laugh and smile under any circumstances was only outshined by his talent as a chef. pic.twitter.com/einY8qp7wf

You taught us how to enjoy every moment to the fullest and not live wondering what if! You are gone way too soon @carlruiz ! I will always be #ruizing! You will be remembered by us all! #RIP my friend. Thank you @guyfieri for bringing Carl into all of our lives. #GGG pic.twitter.com/4g3Xyfq9kH

Carl you will be missed...you made us all laugh often & then laugh some more... RIP @carlruiz #toosoon

Ruiz was known for his role on several Food Network TV shows, including “Diners, Drive-Ins and Dives,” “Guy’s Grocery Games,” and “Guy’s Ranch Kitchen.” He also was known on Sirius XM Radio, and had a podcast called Westwood One.