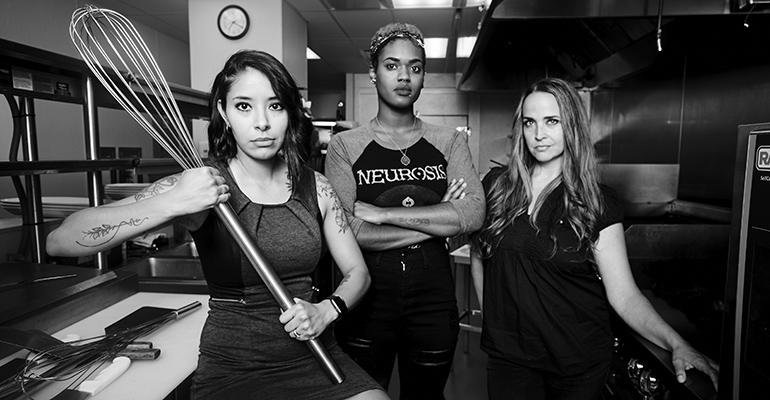 Making a pledge for gender diversity

#GrilPower aims to get women in non-traditional foodservice roles

Philip and Danea Horn, founders of the plant-based quick-service concept Burger Patch in Sacramento, Calif., want to see more women both behind the grill and in leadership in American restaurants. So they launched a new initiative called #GrilPower, asking restaurant operators to pledge to have 50% of their back-of-the-house and management roles held by women by the end of 2020.

At Burger Patch, the Horns are trying to serve as a model for reaching the #GrilPower goals. The idea is to change not only the language and culture of restaurant kitchens, but also to create a more gender-neutral space.

Manning the grill at a quick-service restaurant isn’t exactly thought of as a desirable job for women in the industry. It’s sweaty and hectic, typically at lower pay. And it often requires being hidden in the kitchen, where a certain macho bravado can prevail, and workers sometimes behave badly.

Management has also long been seen as the domain of men. Only 37% of food industry managers are women, down 2% from the previous year, according to the McKinsey & Company’s 2018 “Women in the Workplace” report,. There were only five female chefs and co-chefs who had restaurants represented on the World’s 50 Best restaurants list in 2019.

The folks at Burger Patch hope to help change those statistics.

“We’re a values-driven business. We value the environment. We value animals. We value our community and, of course, that includes our workers,” said Danea Horn.

Fundamentally, moving women into less traditional roles is about access, she said.

“We found that a lot of the females on our staff really wanted to be trained on the grill and they wanted to be in the back of the house, but they hadn’t been given that opportunity in the past,” said Danea Horn.

The couple has no prior experience in the restaurant industry. Danea Horn was previously an economist and is currently studying for her doctorate in Health Economics, while Philip Horn was in sales and marketing. At Burger Patch, they hired workers with relevant experience, putting aside all assumptions.

“[Hiring women] was something that kind of came organically to us,” she said.  “We didn’t have any preconceived notions about men typically doing the back of the house and the grill, so we just started hiring people that have experience, either front of the house or back of the house.”

As a result, the staff at Burger Patch is 75% female, and 90% of the restaurant’s grill specialists are female. All of the unit’s team leads are women. 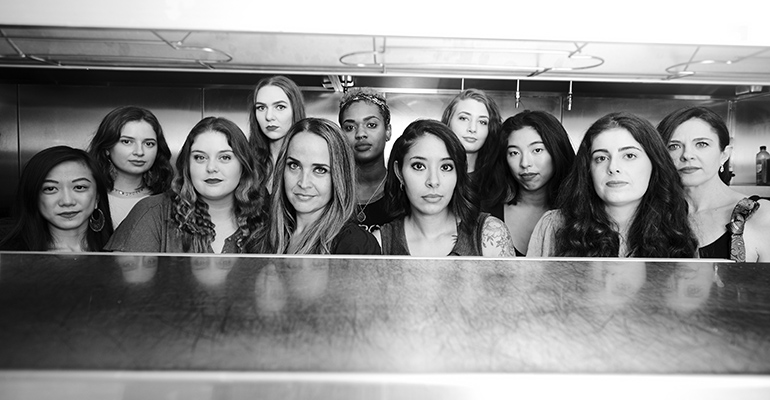 Since the restaurant opened in May, some workers have actually moved from front-of-house jobs to working the grill after being prompted by the Horns, which led to the formation of #GrilPower.

“[#GrilPower] came as a surprise to us when our staff came up to us and said, ‘I haven’t had the opportunity to do this back of house stuff in a restaurant before,’ either by assumption that somebody would not want to, or not being trained on those jobs,” said Danea Horn.

One seemingly difficult obstacle:  Worrying about back-of-house interactions between cooks and dishwashers, which traditionally can reflect a certain boy’s club culture that has been blamed for sexual harassment or bullying.

The Horns hope to change that culture. The idea is that men who might be inclined to misbehave will be forced to adjust to having more women around or having female managers, and to recognize the kitchen as a safe environment.

“The ‘boys club culture’ is something to be looked at in and of itself,” said Danea Horn. “If restaurant owners and managers think about including more females on staff, that can be a way to start to change the culture.”

Another obstacle is the idea that there are not enough talented women to take on these jobs.

The solution: Promote from within.

Ask front-of-the-house female staff members if they’d be interested in learning skills in the back-of-the-house. Ask what their interests are and “a lot of restaurants will be surprised to learn a lot of the women on their staff … are really excited to learn the back of the house,” said Danea Horn. 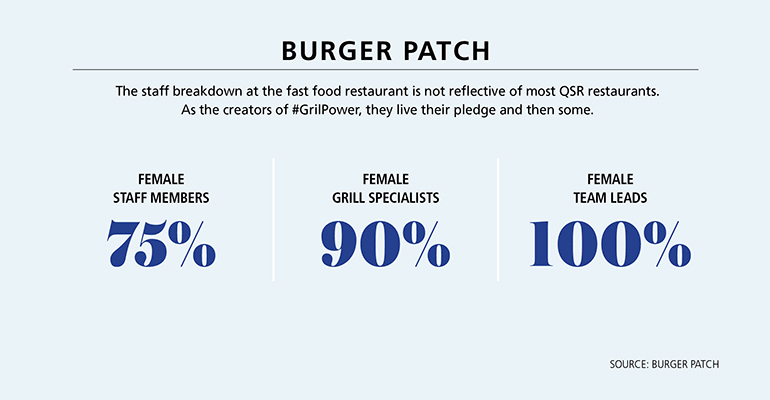 #GrilPower has also partnered with Women’s Empowerment, also based in Sacramento, which works with homeless women to help them with job hunting and foodservice training, as well as internships to get back into the workforce.

Making the #GrilPower pledge has no penalties. Movements like #MeToo and Time’s Up have driven conversation around sexual harassment and equal pay, but #GrilPower aims to focus more on creating truly equal opportunities.

It’s meant to start the conversation, she added. “We were just recognizing that the restaurant industry wasn’t really a part of that conversation, so we wanted to bring a voice to it. There’s a whole pool of people who aren’t being given the chance.”