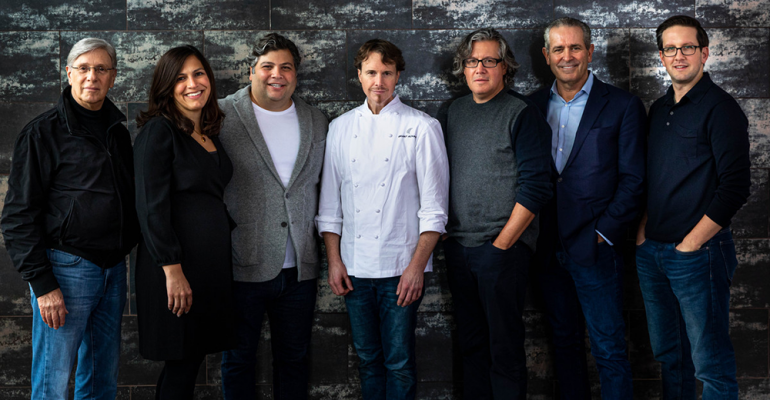 Lettuce Entertain You, The Alinea Group partner to bring back Ambria

Beloved French restaurant will reopen next year in Chicago

Two powerhouses of the Chicago dining scene are joining forces for the first time to bring back a French restaurant that closed 12 years ago.

Lettuce Entertain You Enterprises, or LEYE, and The Alinea Group this week announced jointly their plans to bring back a reimagined version of the restaurant Ambria, an LEYE concept that had a 27-year run under executive chef Gabino Sotelino. It closed in 2007.

Related: Meal of Your Life: Alinea’s Nick Kokonas weighs in

It’s not clear what role Sotelino will have in the new version. The longtime chef-partner of LEYE has been a key player in the group’s other concepts, including Mon Ami Gabi — he’s the “Gabi” in the concept’s name — and Café Ba-Ba-Reeba.

In the announcement, Ambria was described as setting the standard for French fine dining in Chicago. “Beloved for its classical influences paired with warm, often humorous service and an incredible wine program, Ambria was the touchpoint of classical cuisine for a generation of Chicagoans,” the announcement said.

The reimagined Ambria 2020, as the project has been named, came about after Alinea Group co-founder Nick Kokonas suggested to LEYE chairman Rich Melman years ago that they revisit the concept.

“I loved that place,” said Kokonas in a statement. “When Dagmara (his wife) and I were first experiencing fine dining, we were always warmly welcomed there, despite being young and on a budget. Nothing like it exists in Chicago anymore … maybe not in America.”

A few years later, LEYE president RJ Melman, Rich Melman’s son, got the ball rolling. The Belden Stratford building, where Ambria was located, is scheduled for a major renovation. Currently a Mon Ami Gabi resides in the space.

“Ambria 2020 will be all new, modern and stunning,” said RJ Melman. “But it will reflect the space and provide nods to the original.”

“Alinea is about constant innovation and pushing the cutting edge, but my foundation lies in French technique, history and dishes,” he said in a statement. “We’ll have a few tricks up our sleeves, but they will stick firmly to modernizing the very best classical dishes and ingredients.”