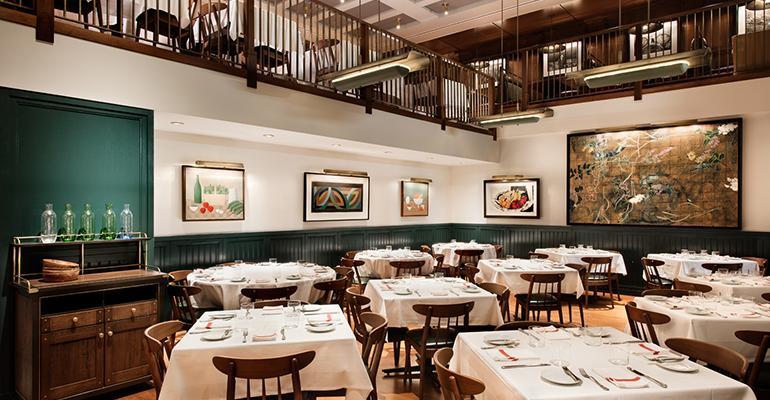 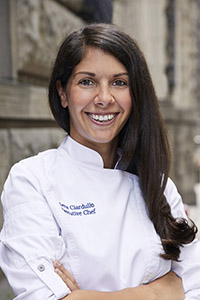 Union Square Café in New York will have a new executive chef next year.

Starting in early 2020, Lena Ciardullo will take the helm in the kitchen at the iconic flagship concept of Union Square Hospitality Group, or USHG, the company said Tuesday.

Ciardullo, who will replace Carmen Quagliata, is only the fourth executive chef at the 34-year-old restaurant. Quagliata, who served as executive chef for 15 years, stepped down earlier this year to become the vice president of business development for Select Restaurants.

A Chicago native, Ciardullo joined USHG in 2009 on the opening team of the New York group’s Roman trattoria Maialino. She moved on to the kitchen of Gramercy Tavern, and later to the group’s Marta concept in 2014. She is currently executive chef of Marta, as well as Caffe Marchio and Vini e Fritti.

“We’ve  had just two chefs at USC over the past 30 years, so we were a little out of practice when tasked with the job of finding the restaurant’s next executive chef, and we knew this was a really big decision,” said Danny Meyer, USHG founder and CEO, in a statement. “After a robust amount of traveling, tasting, connecting with industry colleagues and soul searching, it became abundantly clear that our answer was smack dab in front of us.

“Each executive chef who has led USC’s kitchen has cooked soul-satisfying food seasoned with a warm hug. Lena is more than prepared to carry on that legacy and beyond,” he added.

The move, however, leaves “mighty big clogs to fill at Marta,” he noted, saying the company will now turn its attention to filling that executive chef role.

Ciardullo in a statement said, “If you were to tell me when I first started at USHG 10 years ago that I would one day become the executive chef of Union Square Café, I would not believe you.  Having celebrated some of my most cherished and memorable meals at USC over the  years, I couldn’t be more excited and honored to  join such a passion-driven team.”