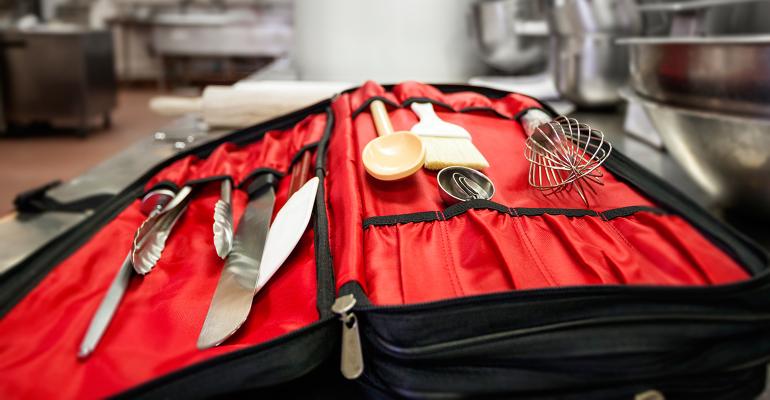 Sandland will be responsible for driving revenue and overseeing the rollout of a national chain of delivery-friendly commissary facilities. At 7,000-unit Taco Bell, she led the addition of about 1,000 restaurants over four years. The first Kitchen United location is scheduled to open in Pasadena, Calif., in a few weeks. The 12,000-square-foot facility is designed primarily for restaurant operators  looking for licensed kitchen space to build takeout, catering or delivery businesses.

Restaurant operators can either negotiate longer-term leasing of kitchen space at a Kitchen United location or pay a flat fee of $25 per hour for shared rental space. The company expects each location to serve as an operational home for eight to 12 restaurant concepts, as well as eight to 12 individual shared spaces.

Jim Collins, CEO of Kitchen United, said restaurant operators are increasingly looking for a way to expand delivery without necessarily investing in more brick-and-mortar facilities. Some have found their delivery business to have outgrown their existing kitchens, while others are launching virtual delivery-only concepts.

“I don’t like the term ‘ghost kitchens’ because we view the people who work in kitchens as very important and clearly not dead,” said Collins, who also owns  the restaurant Town Kitchen and Grill in Montrose, Calif.. “But these are kitchens without a front-of-the-house presence that are optimized for delivery.” The goal is to build a national footprint of kitchens that will allow restaurants to move easily into new markets, he said.

Two more Kitchen United locations are scheduled to open before the end of 2018, possibly in Atlanta and another in Southern California. The company expects to have as many as 50 locations by the end of 2019.

Sandland said she is excited by the Kitchen United model.

“I really think it fits at the nexus of an ecosystem that needs it,” she said, “especially having come from Taco Bell, where they were rapidly building out, even as a mature brand, and thinking about how to grow quickly and how to systematize all the things that make a brand right so the experience can be consistent and positive across all locations.”

Kitchen United was spun off Pasadena, Calif.-based Cali Group in 2017, a holding company that includes the CaliBurger restaurant chain and technology companies such as Miso Robotics, which created “Flippy,” an industrial burger-flipping robotic arm for commercial kitchens, and self-ordering kiosks with facial recognition.