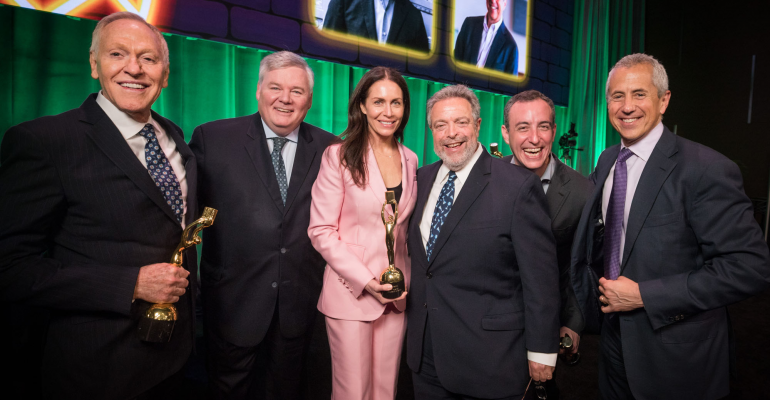 “Service is black and white. Hospitality is color,” said Will Guidara, founder and co-owner of the Make It Nice restaurant group in New York City and one of five honorees at the Culinary Institute of America’s 13th annual Leadership Awards.

The other winners of the “Augie Awards”, named for legendary chef August Escoffier, were Laura Cunningham, vice president of branding and creative development at the Thomas Keller Restaurant Group based in Yountville, Calif.; Danny Meyer, CEO of Union Square Hospitality Group based in New York City; Drew Nieporent, head of Myriad Restaurant Group in New York City; and Patrick O’Connell, chef and owner of the Inn at Little Washington in Washington, Va.

CIA president Tim Ryan told the more than 500 attendees of the fundraiser that all of the honorees were experts in the field of hospitality, a decision meant to emphasize the CIA’s newest bachelor’s degree in hospitality management, which was launched in September of 2018. More than $1 million was raised at the gala, held at the Ziegfeld Ballroom in New York City. Proceeds go to student scholarships.

Take a look at highlights of the evening.