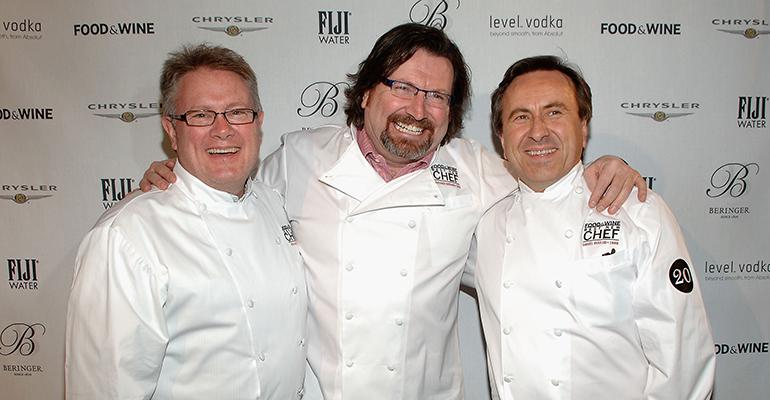 Jean Baptiste Lacroix / WireImage / Getty Images
The Swiss chef and restaurateur was born in Singapore and was raised there and in Switzerland, where he apprenticed under Frédy Giradet in the town of Crissier.
People

The culinary world mourned a titan on Friday as the news spread of the death of Gray Kunz, a pioneer who helped introduce European-Asian fusion cuisine to the United States. He was 65.

"It is with the greatest sadness that we have to announce the passing of the great Chef Gray Kunz. This loss will be felt in great measure across the culinary community, and of course to everyone who loved him. We will be posting more tributes to Chef soon, including details about where you can write condolences and thoughts."

The Swiss chef and restaurateur was born in Singapore and was raised there and in Switzerland, where he apprenticed under Frédy Giradet in the town of Crissier. He then worked at the Regent Hotel in Hong Kong. 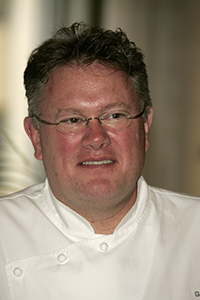 He brought his multicultural experience to New York City when he ran Lespinasse at the St. Regis Hotel from 1991 to 1998. That’s where chef Rocco DiSpirito learned about the Southeast Asian ingredients that he introduced to his own cooking at Union Pacific in New York at the turn of the century. Chef Floyd Cardoz also trained under Kunz at Lespinasse, as did Andrew Carmellini, Corey Lee, Brian Bistrong, Douglas Keane and many other chefs.

Kunz went on to open Café Gray at the Time Warner Center and Grayz in midtown Manhattan. Both of which closed in 2008. He opened Café Gray Deluxe in Hong Kong in 2009.

“You were the greatest chef I know. Thank you for giving me the gift of finding myself in my cooking. You [taught] me how to cook and helped me be the chef I am today,” he said.
“I remember you telling me in Lespinasse Kitchen that it’s always about ‘Balance’. A mantra I live and teach by every day.
“The world never got to know your true genius in cooking like the few of us who worked with you closely. You knew flavor like no one I know.
“Thank you for making my life better. #RIP

“To use your favorite term ‘Goddamn!’”

Sad Day for us in the chef world and especially those lucky to have worked with the master Chef Gray Kunz. Lespinasse was the pinnacle of cuisine in early 90s in America and the 4 years working with him were both an amazing experience and bedrock for my whole career in cooking. So many stories to tell but the quote that always stays with me is ‘Andrew, it's the man, not the pan’,"

Roland Passot, chef of La Folie in San Francisco, commented on Kunz’s Instagram account that he was, “absolutely shocked, another great culinary talent, a leader, a friend leaving us too soon. Gray influence[d] and shape[d] the culinary scene in America, he will be greatly missed.”

“Lespinasse was a pivotal experience in my career. Not only did it open my eyes to the world of incredible technical execution it was new flavors and presentations that still stay with me today. Gray took time from his day and [led] me on a 20 minute tour of his operation and thoughtfully and meticulously explained his approach to every single element in his kitchen. You never truly know who and what things [affect] your career path, but I do know that day altered mine and will be forever grateful for that one experience. RIP.”

“From speaking with many extraordinary chefs who came up through his kitchen ... we know what a transformational experience they credit it as being.”

He also quoted Kunz from Culinary Artistry, a book he wrote with Karen Page: “We are certainly associated with the arts. … What helps the chef is the simple desire to create dishes that are constantly on a very high level. It’s a shame you can’t put some of them on canvas!”