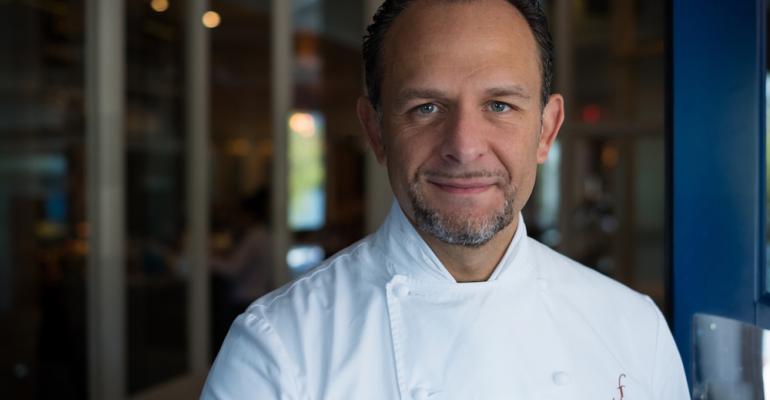 Fabio Trabocchi expands his empire while maintaining the culture

At its heart, Italian cuisine is about geography. You take what’s growing in the ground, walking on it or swimming past it, clean it up, mix it together and put it on a plate.

Add a few trade routes — for example, allowing merchants from landlocked Piemonte to bring their hazelnuts over the mountains to coastal Liguria and return home with anchovies — and you have a lot to work with (and newfound knowledge that hazelnuts and anchovies are delicious together).

For most of the 21st century, the geography that chef Fabio Trabocchi has been working with is the Chesapeake Bay area. But with the recent opening of two more Fiola locations — in Coral Gables, Fla., last November and on an island off the coast of Venice, Italy, in April — he’s racking up frequent-flyer points and finding new ways to honor local cultures while both maintaining his own style and letting his chefs reflect theirs. 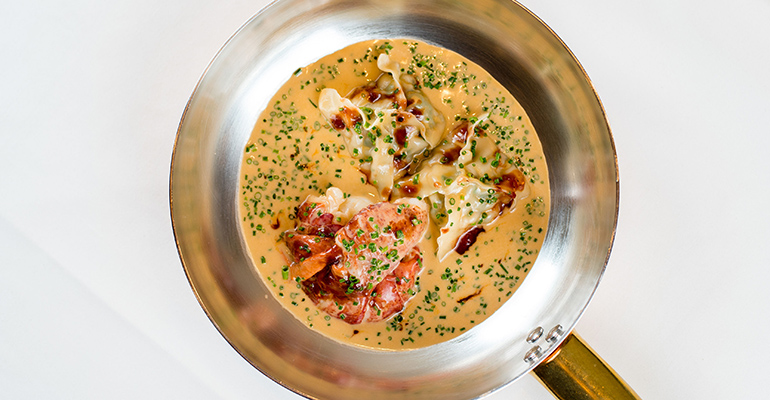 “I cooperate with the chefs when it comes to the creativity component of the menu,” he said. “There is a great wealth of creativity from the chefs and we really operate as a team in developing menus and dishes, and constantly reviewing and improving what we’re doing. Everyone comes up with ideas and we all share them together. I give to them thoughts and ideas and then they elaborate.”

Originally from the Italian region of Le Marche on the Adriatic coast, Trabocchi landed in Washington, D.C., in 2000 to be the executive chef of Maestro, an ambitious Italian fine-dining restaurant at the Ritz-Carlton Tysons Corner in McLean, Va., where he won a Michelin star, was named a Food & Wine magazine “Best New Chef” and won the James Beard Foundation award for best chef in the Mid-Atlantic, among other accolades, for his dual menu of traditional and modernized Italian cuisine.

Except for a brief stint in New York, where he was executive chef of the B.R. Guest restaurant Fiamma, and then, briefly, at The Four Seasons, Trabocchi remained near D.C., opening his own restaurant, Fiola, in 2011.

The awards continued to come in and Trabocchi reinvested in the restaurant.

“We wanted it to be the signature restaurant and flagship,” he said. “Eventually [by 2015-16] it grew to be a fine-dining restaurant.”

He opened more restaurants, including the seafood concept Fiola Mare, a coastal Spanish concept called Del Mar, and a more casual spot named for his son called Casa Luca that he converted last year to a pasta concept called Sfoglina. A third Sfoglina is slated to open this fall in Northern Virginia.

On top of that are Fiola Miami and the Venice property, Fiola at dopolavora Venezia.

That last restaurant is a 15-minute ferry ride from Venice’s Piazza San Marco.

“We basically took over the fine-dining restaurant of the resort and put it under the umbrella of the Fiola brand,” he said.

It’s small — just 38 seats — in the middle of an 800-year-old olive grove and a vegetable garden.

“It becomes an interactive experience for the guest to see the garden and ultimately see the products on the plate,” he said.

That includes olive oil from that grove, and herbs such as parsley that Trabocchi’s team uses for the Venetian cuisine that they interpret. 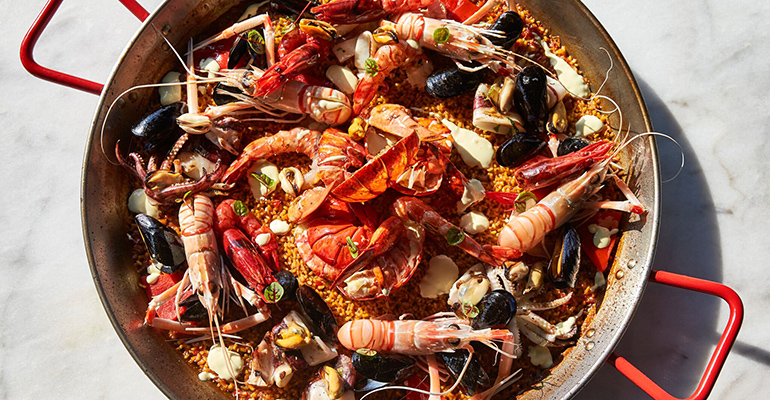 Trabocchi knows a lot about regional Italian cuisine. For years at Fiola D.C. he has been offering tasting menus featuring one of Italy’s 20 regions, rotating them every couple of months. For the summer, the restaurant featured Liguria, the coastal region that borders France, with dishes like red mullet with baby fennel and Nebrodini mushrooms, and roasted rabbit saddle with rosemary and Taggiasche olives in red wine jus. Next up: Calabria, the toe of the great Italian boot known for its spice-forward dishes.

“We can educate our staff into regional cooking, and this gets them closer to being very knowledgeable about Italian food,” Trabocchi said.

The chef has educated himself about Italian cuisine the way many people would.

“I look at the products they have — what are the trademark recipes, because every region has some — and then I look at the seasonality and how we can adapt that to the region we’re in,” he said.

Until sojourning in Venice for nearly two months for the opening of his restaurant, Trabocchi said he hadn’t been back to Italy for more than two days at a time in 20 years.

Back to that Venetian garden and its parsley, Trabocchi uses that for a classic Venetian dish called Spaghetti con le Peverasse.

“Peverasse is a particular kind of very very small clam,” he said. “Sometimes it’s referred to as the poor man’s clam. It’s the size of a coin.

He modernizes the dish with a parsley coulis made with clam juice, and for added crunch and pop he garnishes it with tempura-fried parsley and caviar.

He also borrows from neighboring regions.

“We have a little bit of Emilia-Romagna fusion into the Venetian cuisine,” he said. “We’re doing a gnoccho fritto — a pillowy, savory dough that is covered with two-years-cured lardo di Colonnata [aged, spiced lard] from Tuscany.” 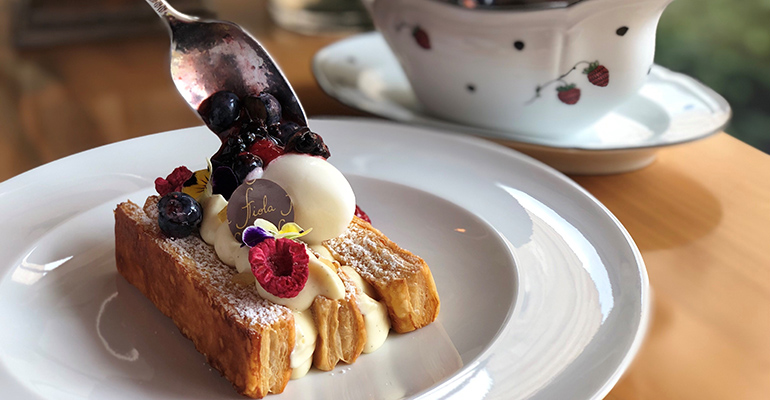 He’s also offering a suckling pig with onions and wild fennel from the island “that gives an aromatic flavor that is unbelievable.”

Fiola Miami is a different sensibility. It’s a larger restaurant, and features not only local products like Florida Triggerfish, but local flavors reflected in the Latin influences of his crudo dishes that feature ingredients like coconut milk and cilantro, or ceviche with basil.

With the growing number of restaurants, a corporate infrastructure has emerged as well, he said. He created a corporate office in 2015, and now has an accountant, beverage director, seven sommeliers, a director of operations, a director of guest relations, a comptroller, and internal director of communication and marketing, a corporate pastry chef and two corporate chefs: One for the fine-dining restaurants and one for Sfoglina. All told, the group has around 550 employees, Trabocchi said.

He said he plans to open more restaurants in the next two or three years.

“We are working on those things, but we also want to make sure that what is being built is running well, is well maintained and is constantly evolving,” he said.

“We want to grow organically, to keep the culture of what we’re doing strong,” he said. “We are a brand that is founded by a very strong sense of hospitality, which is very important to me, and true care for people, beyond the quality of the food and the service, to really elevate the experience of the guest, regardless of why they come to see us: Whether it’s for a casual lunch or a gathering among friends or to celebrate anything that life allows us to celebrate.”

Consumers are excited to return to restaurants, but they want a safe and relaxing experience, Datassential says
Jun 05, 2020