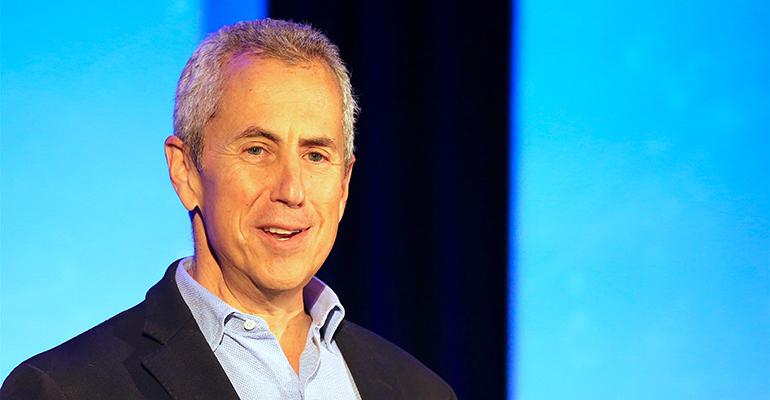 Danny Meyer, founder and CEO of Union Square Hospitality Group, said the restaurant industry is in a good position to help civilize the conversation on a number of issues.

The restaurateur and author of the popular book, “Setting the Table: The Transforming Power of Hospitality in Business,” shared his views as he accepted the Workplace Legacy Award at the recent TDn2K Global Best Practices Conference in Plano, Texas.

“The Workplace Legacy Award is all about figuring out how to balance this people, profits and planet,” said Joni Doolin, founder and CEO of TDn2K, when introducing Meyer. “You are a poster person for it.”

The award recognizes a restaurant industry leader who demonstrates success in people practices and operations, in addition to benefiting employees, organizations and communities.

In a conversation with Doolin, Meyer offered insights on major industry issues:

Tipping. “I think this industry is so good in so many ways, but so troubled in so many ways,” Meyer said. “The good part is that there is no industry that I’m aware of that sets a lower bar for entry if you have a heart for hospitality and a great work ethic.” However, he said, the industry has a mixed record for providing a path to advancement, professionally or financially.

The disparity between tipped front-of-house and non-tipped back-of-house wages has grown wider, he said, with compensation for kitchen workers rising about 25 percent since 1985, but increasing more than 300 percent for tipped employees in the same period. “It’s not right,” he said. “It’s not fair.”

“I found myself presiding over something that was wrong,” Meyer said, so he eliminated tipping at some of his restaurants three years ago.

Service-included pricing has allowed USHG to pay back-of-house workers 20 percent more than before the policy was instituted, he said, and restaurants also have revenue sharing.

The downside, he said, was that some front-of-house employees were not thrilled with the no-tipping policy. “We lost, of our legacy front-of-the-house staff, probably about 30 to 40 percent over a period of time,” he said. “The great thing is that the people who came in to take those jobs understand ‘Hospitality Included’ and are thrilled about it. They are doing the job because it is a profession,” he said.

Leading. “You cannot be a leader without followers,” Meyer said when accepting the award. “You need to have people on your team who say, ‘I’m ready to go where you tell me to I should trust is a good place to go.” He said USHG is a company that believes in servant leadership. Citing successful chefs who only use the best ingredients, he said, “Our employees are the crucial ingredients to our recipe.”

Building trust. “With cable TV — and obviously everything on the Internet and the apps — you get to pick exactly what you want to hear and how you want to hear it,” Meyer said. “I think much of the conversation now is people yelling at other from the five- or 10-yard line, and they can’t hear each other.”

Meyer said it doesn’t pay for businesses to exclude people from a conversation, especially in the restaurant industry. “I don’t think I’ve ever seen people yelling at each other with a good barbecued rib in their hands,” he said.

“We are in a great position as an industry to host conversations that can actually make progress,” he said, citing such issues as women in leadership positions and sexual harassment.