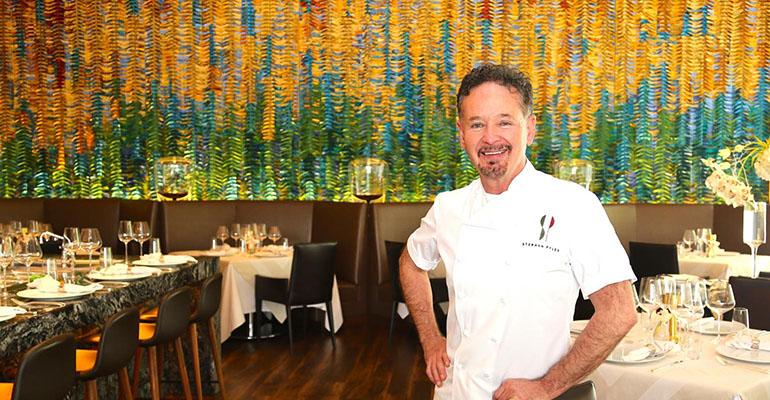 Southwest Cuisine pioneer Stephan Pyles closed his fine-dining Flora Street Café in Dallas on Thursday along with the restaurant-within-a-restaurant Fauna, and said he would be retiring from restaurant ownership, according to his public relations firm.

Flora Street opened in Dallas’ Arts District mid-year in 2016 and recently added the Fauna prix-fixe menu in a special events area of the restaurant.

Pyles said he will be focusing on hospitality consulting, leading culinary tours and dinners and participating in licensing agreements.

After 36 years of owning 17 restaurants and creating another eight through licensing agreements in six cities, Pyles said he was retiring from ownership and restaurant operations.

“I have had an incredible four-decade run in this beautiful city and have seen many dynamic changes over that time,” Pyles said in a statement. “I now will focus on hospitality consulting, my license agreements and my culinary travels with [Dallas-based Mozzarella Co. founder] Paula Lambert and David Morris International.”

“It’s a bittersweet moment to be exiting the business I have always been so passionate about, but the time has come to let the next generation of Dallas chefs and restaurateurs follow in my footsteps,” Pyles said. “I would like to thank the city and my long-time loyal patrons for such an incredible gastronomic ride. I also would like to thank the thousands of staff members I have employed, many of whom have become family, for their dedication and respect.”

In May 2017, Pyles was inducted into the Nation’s Restaurant News MenuMasters Hall of Fame in Chicago, an honor he shares with such chefs as Jeremiah Tower, Wolfgang Puck and Jose Andres.

Pyles, in an interview for that award, said his success has been based on his “ability to change, really evolve.”

He will continue his licensing agreements with Gina Puente Enterprises, which has Stampede 66 Express at Dallas-Fort Worth International Airport and Sky Canyon at Dallas Love Field.