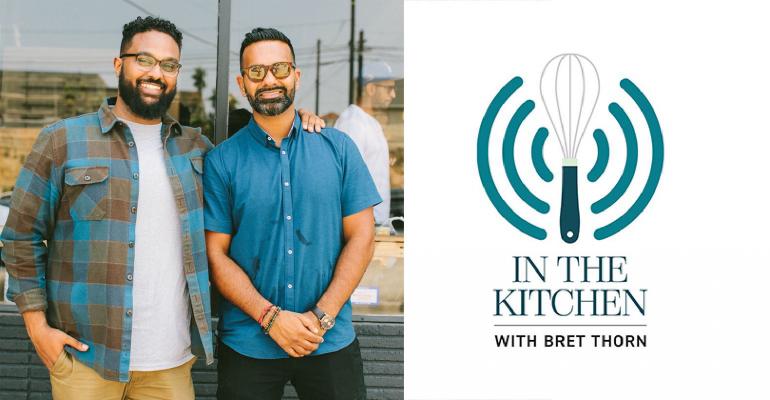 In April and May the Hilltop Crew made 70,000 meals for those workers, as well as grade school kids who normally relied on school lunch for sustenance, elderly people and others in need in their community.
People

Even when it comes to feeding front-line medical workers, Black communities get the short end of the stick, said Ajay Relan, co-owner of Hilltop Coffee & Kitchen, which he founded in South Los Angeles with fellow restaurateur Yonnie Hagos and Issa Rae, creator of the HBO series Insecure, among other things.

During the first couple months of the novel coronavirus pandemic the team at Hilltop brought food to their community hospitals, “because a lot of the more fancy, popular hospitals [in communities like Santa Monica and Beverly Hills] people were feeding left to right, but some of the marginal communities weren’t getting the love that the others were getting,” he said.

In April and May the Hilltop Crew made 70,000 meals for those workers, as well as grade school kids who normally relied on school lunch for sustenance, elderly people and others in need in their community.

Hilltop was founded to serve as a gathering place for people in and around View Park and Inglewood, which didn’t have the same amenities as the wealthier, whiter parts of Los Angeles farther north.

The name comes, in part, from the fact that the original View Park location is at the top of a hill, but it also refers to Dr. Martin Luther King Jr.’s “I’ve Been to the Mountaintop” speech and speaks to working toward your dreams.

The coffee house’s motto is “for the climb.”

That’s not the outdoorsy, hiking type of climb that might be thought of in wealthier parts of Los Angeles.

“it’s the figurative climb. We’re all climbing something, and then when you get to the top you realize that it’s not a destination … there’s something else you’ve got to climb,” Relan said. “It’s our effort to acknowledge the humanity that you all kind of share.”

Listen to the full episode of this podcast to hear more about Hilltop Coffee & Kitchen and how its owners have been working to build community.