/sites/all/themes/penton_subtheme_restaurant_hospitality/images/logos/footer.png
Recent
Recent
Flavor of the Week: The Negroni: The boozy cocktail from Italy
May 10, 2021
New on the Menu: Seafood sliders, watermelon salad and spiced green beans
May 07, 2021
Here’s what it’s like to apply for a Restaurant Revitalization Fund grant
May 04, 2021
Five Things: Hakkasan Group is acquired by Tao Group Hospitality; what to do if your Paycheck Protection Program loan is not forgiven
May 04, 2021
Flavor of the Week: Hard seltzer — the flavored malt beverage that has captured the market
May 03, 2021
Featured
Alternative delivery players challenge third-party delivery stronghold
May 04, 2021
The new maximalism: Will restaurant design do a 180 into rebellious excess?
Apr 22, 2021
Pat Martin, chef and owner of Martin’s Bar-B-Que and Hugh Baby’s, discusses the business and meat supply of the coronavirus pandemic
May 05, 2021
Eleven Madison Park in New York City to reopen with meatless menu, chef and owner Daniel Humm says
May 03, 2021 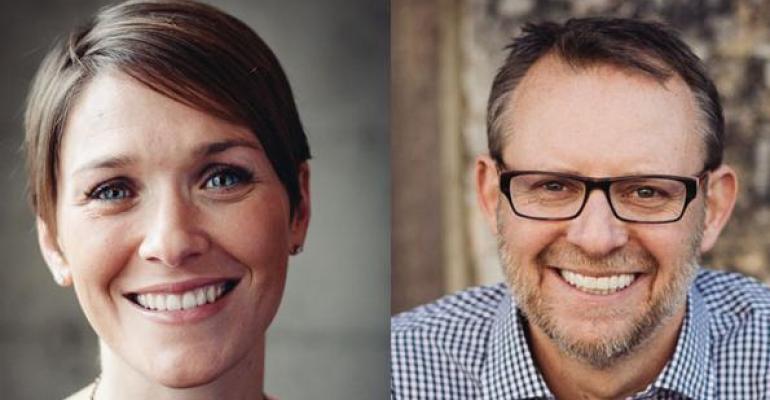 Ethan and Angela Stowell, the owners of Ethan Stowell Restaurants in Seattle, have been selected by Restaurant Hospitality as the 2016 recipients of the Richard Melman Innovator of the Year Award. They will be honored during the Multi-Unit Foodservice Operators Conference (MUFSO) in Dallas on October 23, 2016.

“I’m elated that Ethan and Angela are accepting this year’s Melman award,” says Restaurant Hospitality editor-in-chief Michael Sanson. “We’ve been long-time fans of the Stowell’s terrific restaurants, and the couple certainly exhibits the entrepreneurial traits and spirit of the man for which the award is named.”

“By bringing their culinary, creative and business talents to Seattle’s neighborhoods and Safeco Field, Ethan and Angela have truly made their city a better place to live. I’m excited they will receive this year’s award,” says Melman.

It was clear that the Stowells were an exceptionally talented couple after opening their first two Italian-inspired restaurants, Tavolata and How to Cook a Wolf. They followed those with other outstanding Italian restaurants, including Anchovies & Olives and Bar Cotto. In recent years, they’ve branched out to include a number of non-Italian concepts, including Mkt. (contemporary American), Red Cow (French brasserie), Bramling Cross (a gastropub) and more.

For his efforts, Ethan was named a Food & Wine Best New Best New Chef All-Star and has been honored with multiple James Beard Award nominations for Best Chef Northwest. Angela, who manages the company’s 240-plus employees, was named to Puget Sound Business Journal’s 40 Under 40 list, and is a founder of Eat Run Hope, an annual event that raises funds for the Fetal Health Foundation.

Richard Melman Innovator of the Year Award recipients are selected by the editors of Restaurant Hospitality after consulting with Melman.