Martin Riese’s water menu supplements a selection of cocktails and wines that complement the Mediterranean-inspired fare at Ray’s & Stark Bar in L.A.

Aska, or "Ashes," represents the old and new, endings and beginnings. Fredrik Berselius demonstrates a healthy respect for nature and an intellectual approach to cooking.

Chef Jamie Malone’s obsession with sustainability has led her to introduce some unusual varieties at Sea Change in Minneapolis.

Jay Jerrier is on a mission to bring authentic Neopolitan pizza to Dallas and beyond.

One review described Portland’s Departure as “swanky and hip with a menu to match."

Kuniko Yagi spent a decade in David Myers’ system before taking the helm at Hinoki & the Bird.

Since opening, Hinoki & the Bird has been showered with praise.

Chef Derek Simcik has a fondness for esoteric ingredients.

The Monterey, CA, building that houses Restaurant 1833 was once an apothecary; many of Michael Lay’s drinks menu sound (but don’t taste) medicinal.

Ben Lee took over at the Michelin-starred A Voce Madison after Missy Robbins’ departure.

On the menu at A Voce Madison: Andare al Mercato with farmer’s market produce, stracciatella and trucioletto vinaigrette. 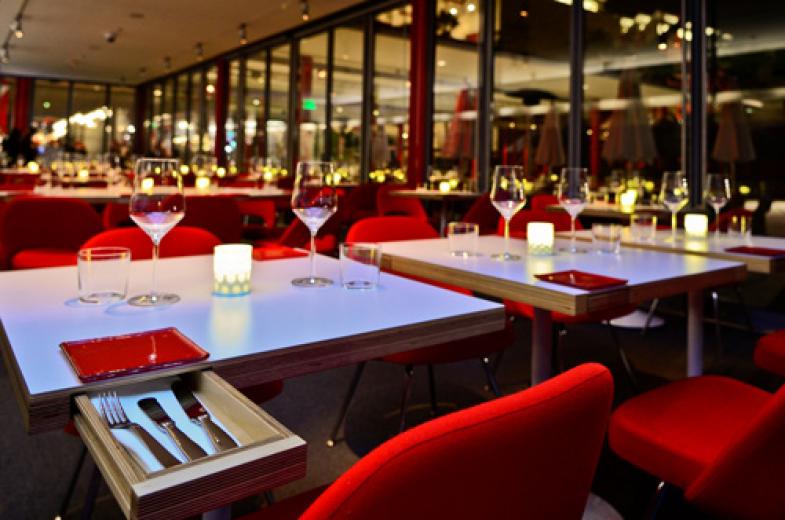 Next Up
Chefs on the Move: New positions at Bar Boulud, Momofuku and Hai Hospitality
Start Slideshow ›