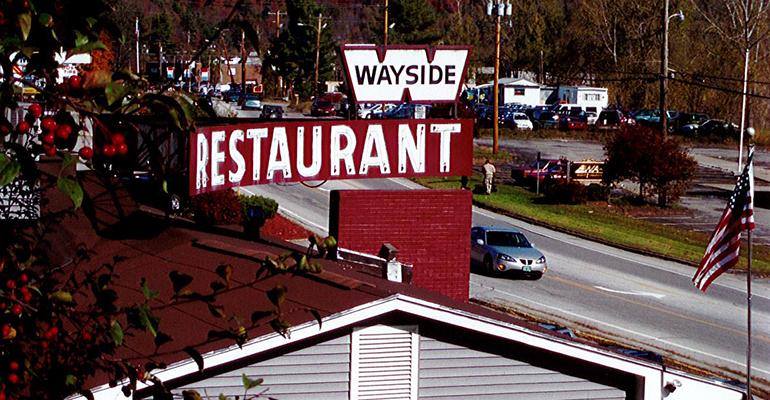 From its roots as a lunch stand run by one of the first female restaurateurs, Wayside has 101 years of mom-and-pop restaurant history

Not all centenarian restaurants need a wall of celebrity customer autographs, groundbreaking menu items or tourist-friendly ghost stories to maintain a long-lasting reputation. Sometimes to rack up more than a century of success, all you need is the comforting reliability of a Monday roast beef special.

Wayside Restaurant Bakery and Creamery is a quintessential mom-and-pop restaurant in Berlin, Vt., serving American classics like burgers, pork chops, and meatloaf. It is owned by husband-and-wife team Brian and Karen Zecchinelli. Between their two decades of ownership, and Karen’s parents Eugene and Harriet Galfetti’s 32-year run, the Wayside has been in Karen Zecchinelli’s family for more than 50 years. But the restaurant’s history goes back further to 1918 when founder Effie Ballou started the Wayside lunch stand.

“She would make her doughnuts and pies up at the house on the hill and walk them down the hill to the restaurant,” Brian Zecchinelli said. And since then, every generation of owners at Wayside has lived in the house just up the hill from the 6,000-square foot, diner-like venue.

The town of Berlin was a different world in 1918. Brian Zecchinelli said customers would take the town trolley practically to the front door of the lunch stand. And shortly after the lunch stand opened that summer, Ballou immediately hit a roadblock as the Spanish influenza epidemic wreaked havoc in the Vermont area just a few months later. Of course, some of the tougher challenges were related to her gender, as female entrepreneurs were practically unheard of in those days.

“A woman-founded establishment before she was even married?” Brian Zecchinelli said. “She was a pioneer […] She was quite a lady, and remember that she couldn’t even vote at that time." 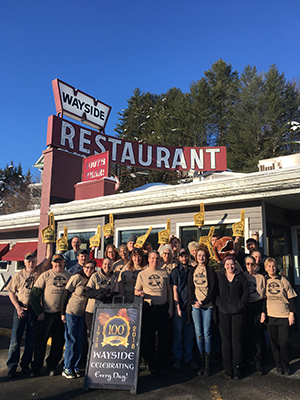 Although not much is known about the early menus, the Zecchinellis know that she served ice cream and hot dogs in addition to her popular homemade doughnuts.

With some “stick-to-it-iveness,” as Brian Zecchinelli called it, Ballou kept the business running for 27 years until she sold it to the Fish family in 1945, when it was established as less of a humble lunch stand and was expanded into a full-sized restaurant.

Years later, the Zecchinelli family could not help but (somewhat jokingly) believe that it was the curse of the Wayside Restaurant and not a bad luck cycle started by trading Babe Ruth to the New York Yankees that caused the Red Sox to fall into ruin. The inside joke became a part of the culture at Wayside — so much so that when Brian Zecchinelli took over in 1998, he vowed that if the Red Sox ever won the World Series, he would throw a party for the team’s fans.

In 2004, the team finally won their first championship in nearly nine decades, and, in celebration, the Wayside rolled back prices to the 1918 era for select items, including 10-cent cups of soup and 5-cent cups of coffee.

These days, the restaurant has expanded: there is now a bakery on premises where employees bake the restaurant's breads, muffins and biscuits, as well as a creamery that the Zecchinellis opened five years ago, where they create their own classic ice cream flavors for sundaes and to scoop on top of pies. The menu has also changed quite a bit since its early days, expanding to nearly 200 items, but for the Zecchinelli family, business longevity and tradition go hand in hand.

“If you went back 50 years today, you’d still be eating the same chicken pie special and tomorrow it’s the roast pork and Sunday it’s the turkey dinner,” Brian Zecchinelli said. 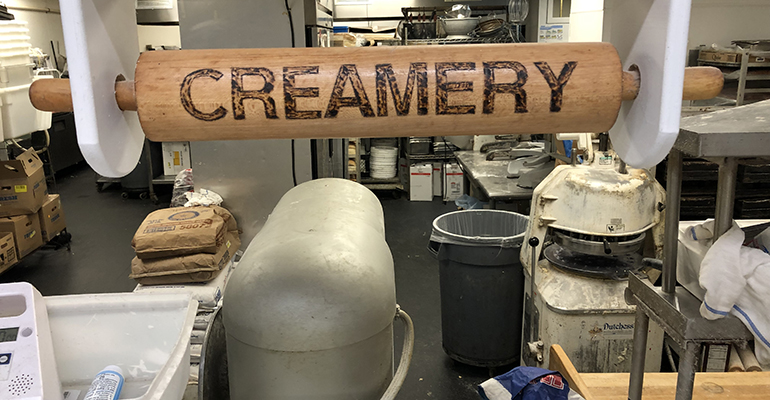 Of course, back then, the special of the day was 95 cents. Today, it’s more like $8.95, though still very reasonable.

The spirit of tradition has been vital to keeping Wayside going, even as the industry evolves.

“Folks like variety, but they like the fact that roast beef is on special every Monday, though they want to see three or four other specials,” Brian Zecchinelli said. “When we put out a menu like that, we feel like we’ve hit a home run.”

The long tenure of their employees has also helped: The average Wayside employee has worked there for 10 years.

“We always say our customers are our friends and our employees are our family,” Karen Zecchinelli said.