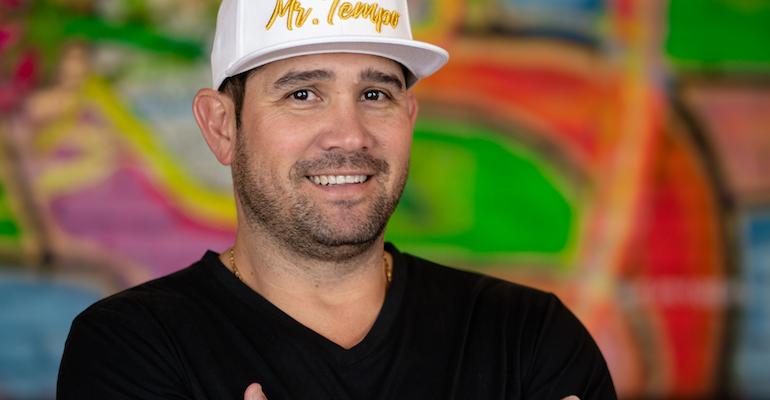 He came to the U.S. illegally from Mexico in 1992 when he was 18 and didn’t speak English. He got a job as a dishwasher in a restaurant. Now Jorge Cueva heads a multi-brand restaurant company that by the end of 2020 will include nine locations in the U.S. and Mexico.

Related: A chef that embraces fusion

Under his Mr. Tempo brand, the Los Angeles-based Cueva is planning a move into the world of tequila, wine and beer, and later candy and cigars. And he is thinking about possibly licensing or franchising his Mexican brand, which include Tempo Cantina and King & Queen Cantina — essentially the same concept under different names. He describes them as a high-end Latino fusion concept with a lively bar scene.

“No one has the cojones to do Mexican food with this style,” said Cueva, whose Orange County-based operating company is named Mas Chingon Restaurant Group, translating as “more badass.” 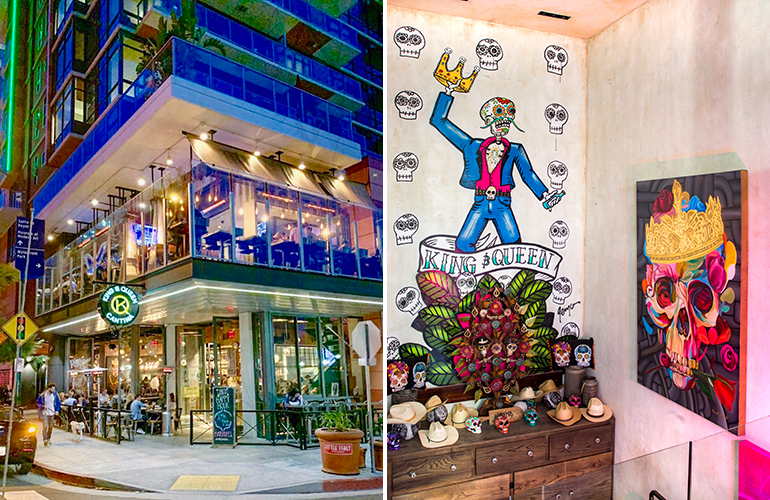 Cueva has four restaurants currently, but this month he will open in Mexico for the first time, bringing the King & Queen concept to Valle de Guadalupe, sometimes called the Napa Valley of Mexico.

Next year he will move to the East Coast for the first time with three yet-to-be-named outlets planned for the Wagner Hotel in New York City. In addition, two more locations are scheduled to open in the Los Angeles area, along with two more in Mexico.

It was a path he hadn’t expected when he came with his family to the U.S. Cueva said he got his start as a dishwasher in Takoma, Wash., at a restaurant called Montezuma’s, where he worked for about seven years. He went to college, earning degree in hotel-restaurant management, and opened his first restaurant in 1997 called Mucho Loco. He sold it two years later and moved to Los Angeles.

There, he worked for the restaurant chain Daphne’s Greek Café in management, later moving to Sharky’s Woodfired Mexican Grill. Cueva said he launched his own restaurant company in 2010, buying four units of the former Pasta Bravo and rebranding them as Lascari Italian Restaurants. He still owns two of those restaurants as a separate business, as well as a location of a seafood concept called Cangrejo Nice Seafood.

In 2014, he created Tempo Urban Kitchen in Brea, Calif., opening two more locations later in nearby Anaheim and Downey. Then came King & Queen in San Diego.

The pan-Latin restaurants have an average check of about $70, and dishes include things like bone marrow tacos, quesadillas with the option of adding ingredients like pork belly, a broad section of seafood options, as well as a “Japamex” section that includes sushi and tempura.

The full bar includes cocktails with the sweet liqueur Licor 43 from Spain, which in Mexico is used in popular drink mixed with espresso as a Carajillo 43.

“It’s one of the most popular drinks on the menu,” he said. “It’s made with 43 different herbs and it’s like an aperitif. We put it in a shaker with secret ingredients and it’s served in a big wine glass with burning rosemary.”

Next up: Cueva said he’s also working on a taqueria, which he said is “top secret.”

“I want to be the In-N-Out [Burger] of tacos. We’re projecting 200 units,” he said, hinting that the concept will have a unique low-labor model but he declined to elaborate.

Then there is Cueva’s spirits business. He has developed an extra añejos tequila called Tequila Dame Mas Reserva, with Mr. Tempo Plata and Mr. Tempo Reposado launching later this year, along with a Mr. Tempo beer made in Tecate, Mexico. Next year, the company will offer a Mr. Tempo Cabernet Sauvignon produced in Valle de Guadalupe, the heart of Mexico’s wine country.

An apparel line is also in the works, he said.

“I want to be the Michael Jordan of Mexican restaurants,” said Cueva.

CORRECTION: This story has been updated with the correct spelling of Sharky's Woodfired Mexican Grill.