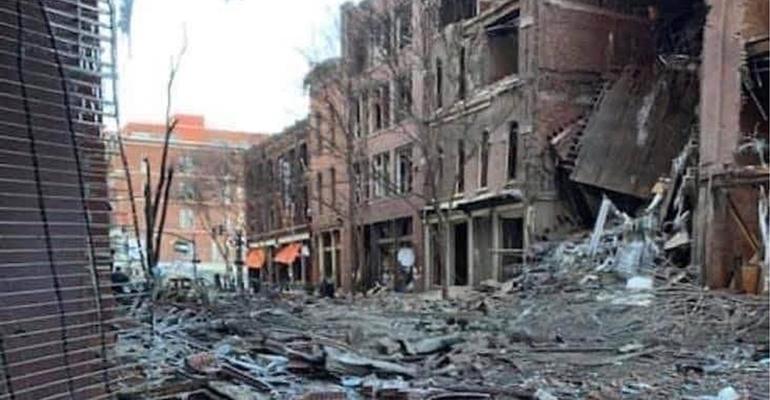 Rodizio Grill
The Rodizio Grill location shared a building with The Melting Pot, which was also destroyed. Nearby was a location of Old Spaghetti Factory and a Hooters unit.
People>Owners

A Christmas morning explosion in downtown Nashville destroyed several restaurants and bars, leaving operators fearing for staff members left with no place to return to work.

A bomb was set off in an RV parked in the historic tourist area that is home to a number of restaurants and bars. Police reportedly suspect a 63-year-old man named Anthony Quinn Warner as the bomber, who also died in the explosion. His motive was not immediately clear.

Because it was early Christmas morning and the bomber played a warning on a loudspeaker urging people to evacuate, only three people were injured. But the detonation reportedly caused one building to collapse and destroyed dozens of others, blowing out windows for blocks.

Among them also was the Nashville location of Rodizio Grill, which shared a building with The Melting Pot. Both are franchise units owned by Mark and Carla Rosenthal, who on Monday were waiting to hear whether they would be able to return to the 160-year-old building that housed their restaurants.

Internal cameras caught the impact of the explosion on video from both Rodizio Grill and The Melting Pot lobby.

“The structural stability is not intact, so they won’t allow anyone on site,” said Carla Rosenthal in an interview Monday. “The windows were collapsing, and things continue to shift, most of it is from the water from the sprinkler systems.”

The Rosenthals, who also own Rodizio Grill and Melting Pot franchise units in several other states, said she was mainly concerned about the 130 workers — already streamlined because of COVID — at the two restaurants, making sure they could continue their health insurance and helping them find other work.

In the days after the bombing, she said several other restaurant companies had called to offer positions to workers. Chick-fil-A offered to help feed workers for a week or so, and there was talk of benefits being organized, she said. 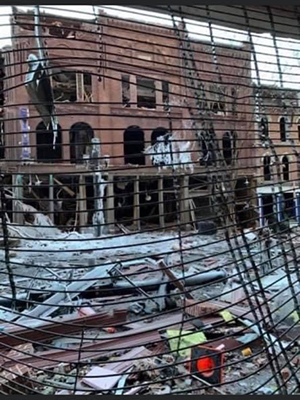 Photo: A view of the aftermath of the bombing from The Rodizio Grill location.

Despite the damage, dozens of restaurant operators reportedly offered food for first responders and hospitality workers.

For many of the restaurants, it was yet another hit from a devastating year that included a tornado and the ongoing coronavirus pandemic. The bombing came at a time that would have been busy with tourism, holiday parties and corporate events, even despite COVID.

“It would have been a great kick start to the new year, with vaccinations coming and hopefully getting some of those restrictions loosened,” said Carla Rosenthal. “Even though COVID hurt us, our physical footprint was that we could space people out and still do a reasonable business. We weren’t able to bring all of our staff back (after the first COVID shutdown), but we were doing okay, we really were. We were far luckier than most.

“It has been a year,” she added. “But we’re restaurant people. We will persevere.”