In The Kitchen with Bret Thorn
brought to you by 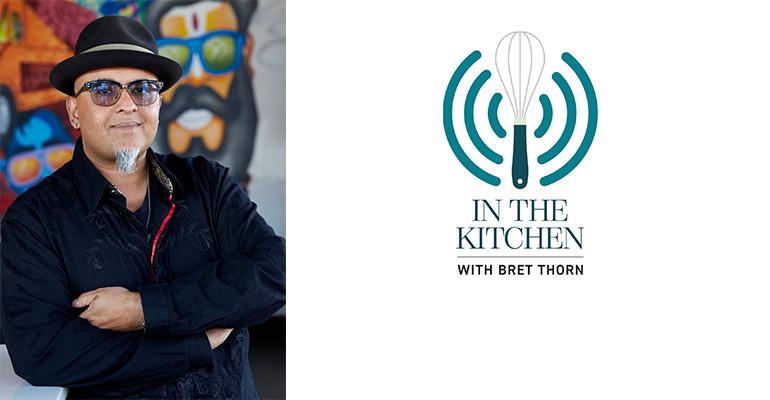 In this podcast Akash Kapoor discusses Curry Up Now, the menu and the plans he has for the future.
People>Owners

Akash Kapoor was in the sub-prime mortgage business until the bottom fell out of that market, catalyzing the financial crisis of 2008.

Dipping his toe in to the restaurant business, he tried his hand at southern Indian food until a friend mentioned this guy Roy Choi who was selling Korean tacos out of a truck in Los Angeles.

That seemed like a good idea, so Kapoor launched Curry Up Now, a truck in the San Francisco Bay Area selling his take on burritos, using Indian flavors — the rice was made with turmeric and fenugreek; the beans were the chickpea stew channa masala, and the proteins were Indian curries.

Soon he started opening brick-and-mortar locations and Curry Up Now has 14 restaurants, mostly in the Bay Area, but also franchises in Atlanta and Salt Lake City as well as in Hoboken, N.J.; and Irvine and Sacramento in California. New restaurants are slated to open in Bloomington, Ind., and Dallas.

The menu is playful, offering cheesy stuffed dishes called Quesadillix and his own take on poutine called Sexy Fries, as well as fried ravioli.

During the pandemic, Kapoor rethought his approach, revamping his healthier menu and punching up the flavor in other dishes in a process called tempering in Indian cuisine, in which hot foods are finished with a final touch of spice.

In this podcast Kapoor discusses the restaurant and the menu and the plans he has for the future.

Tiffany Derry and Tom Foley plan a fried-chicken concept for underserved communities
May 20, 2021